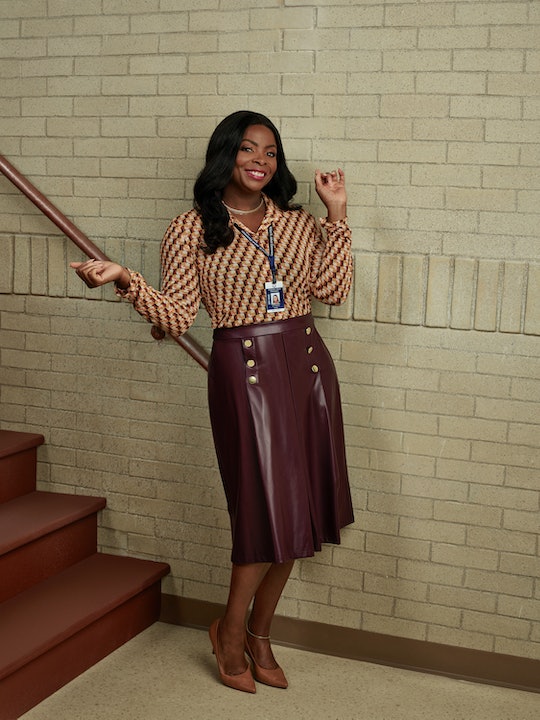 “It's cool having a teenager cause you get to see life slap them in the face in real-time.”

Actress Janelle James dominates on and off the screen. Her breakout role as Abbott Elementary’s outrageous principal character, Ava Coleman, has earned her first Emmy nomination for Best Comedy Supporting Actress, alongside her co-stars, Sheryl Lee Ralph and Quinta Brunson. Off-screen, the comedian-writer turned actress is a proud mother of two sons. While James keeps many details about her family life private, she has shared some sweet details about her kids.

James is a mom to two sons.

Unfortunately, their names, birth dates, and other details are unknown, and James does not share any pictures of children publicly on her social media. But we can get an idea of their personalities from a few skits and mentions she’s made of them throughout her comedy career. During a Netflix comedy show in 2020, James dedicated a part of her skit to talk about her youngest son.

“It's cool having a teenager cause you get to see life slap them in the face in real-time,” she told the audience about her son who was 13 at the time.

She’s sees how money can change a kid’s ego.

During the same comedy special, she went on to share a story about how her son had gotten $30 for Christmas. “I don't know if you've ever seen a teenager with $30, but you can't tell him sh-t,” she joked. “Like, he a little nerdy kid, but that day, he had all the swag. You know what I mean?”

After she bought their movie tickets, he offered to buy the popcorn. Realizing how expensive it was, James told her son she did not need a popcorn and drink but the teen insisted. The two large popcorn and two large drinks ended up being $28, leaving him with $2 left. He then asked his mother, isn’t soda just syrup with bubbles? “He had been sitting there for 30 minutes like having a f*cking meltdown over this goddamn money,” she said in her skit. “Like... ‘What is ice water?’ Like, he's f*cking losing his mind. That's what life is, man. That's what life is.”

James was just “being a mom” before Abbott Elementary.

Before landing her hilarious role on Abbott Elementary, James was a stand-up comedian and named Variety's Top Ten Comedians to Watch 2020, and debuted her own comedy album, Black and Mild. And, with two sons at home, she was also just “being a mom,” as she shared with Jimmy Kimmel back in April.

While James discusses motherhood in her comedy from time to time, it’s clear she wants to raise her kids away from the spotlight and her celebrity status. But between fellow celeb moms like Amy Schumer and Sheryl Lee Ralph, she surely has plenty of A-list friends to vent to about those tough teenage years.