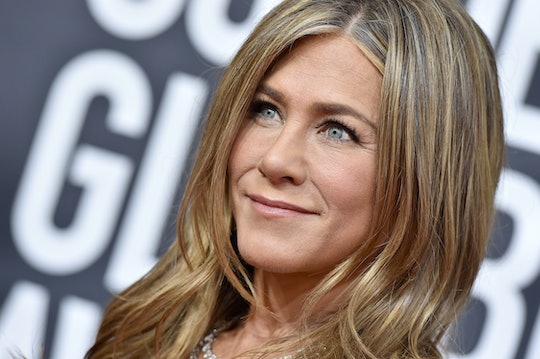 Jennifer Aniston Shares She Went Through A "Challenging" IVF Journey

“I was throwing everything at it.”

Jennifer Aniston’s reproductive decisions were discussed ad nauseam in tabloids and on social media for years. Despite a long and storied career as an accomplished actress, people truly could not stop talking about Aniston’s personal decision about having children. So much so that she wrote on op-ed about how that experience shaped her life for HuffPost in 2016. And now, Aniston has opened up about her own very difficult journey with IVF through the years. On her own terms.

The Morning Show star opened up to Allure for the magazine’s latest cover about how she wanted to be a mother. “I was trying to get pregnant. It was a challenging road for me, the baby-making road,” she told Allure.

During her 30s and 40s, Aniston noted that she was going through some “hard sh*t,” and one of those difficult journeys included IVF treatments. “I was going through IVF, drinking Chinese teas, you name it. I was throwing everything at it,” she shared. “I would've given anything if someone had said to me, 'Freeze your eggs. Do yourself a favor.' You just don't think it. So here I am today. The ship has sailed.”

Now that Aniston is 53 years old, she is feeling philosophical about that difficult time. “I have zero regrets,” she told Allure. “I actually feel a little relief now because there is no more, 'Can I? Maybe. Maybe. Maybe.' I don’t have to think about that anymore.”

In 2016, Aniston was sadly still in the thick of things. Married at the time to ex-husband Justin Theroux, the Murder Mystery star lashed out at double standards in the media where women were defined by their “marital or maternal” status alone. “The sheer amount of resources being spent right now by press trying to simply uncover whether or not I am pregnant (for the bajillionth time... but who’s counting) points to the perpetuation of this notion that women are somehow incomplete, unsuccessful, or unhappy if they’re not married with children,” she wrote in her HuffPost op-ed titled, “For The Record.”

Aniston has refused to be defined by her maternal status, or as she so witheringly put it to Marie Claire in 2016, “whittled down to a sad, childless human.” Her determination to measure her own worth is truly the gold standard for any woman who wants to be seen as more than someone’s mate or someone’s mom.