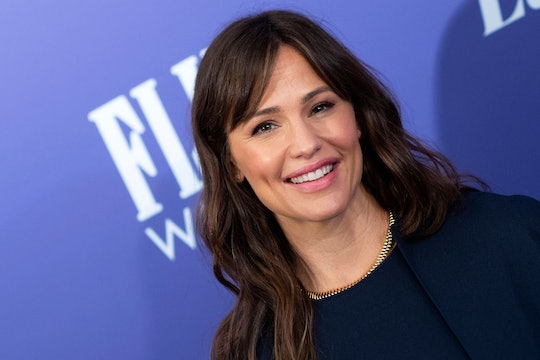 Jennifer Garner is just a mom trying to keep holiday traditions alive in her home, at any cost. Really, I mean it. At any cost. Including almost setting her kitchen on fire to make a meal for her family that has become an annual tradition.

The 13 Going On 30 actress was trying to make Ina Garten’s beef bourguignon from the famous chef’s Barefoot In Paris cookbook for her “Pretend Cooking Show” series on Instagram. Garner has been making the dish for Christmas for years for her family, admitting in the caption of her video “The thing about traditions — all you do to give them meaning is keep them.”

Ideally, however, you don’t burn your kitchen down in the process.

Garner was having the time of her life chopping vegetables and browning beef in the kitchen to make a gorgeous stew for her three kids with ex-husband Ben Affleck, 16-year-old daughter Violet, 12-year-old daughter Seraphina, and 9-year-old son Sam, making adjustments here and there like decreasing the amount of onions from the recipe. “I don't love onions and I'm the chef so, I don't put all the onions in," she explained.

Another adjustment she made was doubling the cognac meant to be added to the pan and set on fire. Which turned out to be not the best idea ever.

When Garner added the cognac and lit up the dish as directed, a huge ball of fire came out of her pot. She stepped back in shock, then said simply “a thousand pardons. Don’t double the cognac.”

This video felt incredibly relatable to so many people, particularly during the holiday season when we are all constantly adjusting recipes and trying to think fast on our feet. Even Ina Garten herself commented on Garner’s video, “That’s my favorite!!! And I almost set the kitchen on fire every time! Happy New Year!!! Love you.”

The Camping actress has made her Instagram feed something of a safe space for parents who need relatable content. Like when she had to bathe her cat after he “pooped his pants” and he scratched her, for instance, or scheduling afternoon naps on her calendar. Which is genius.

While it’s all hilarious content, there’s actually a reason why Garner wants to make sure she’s as honest as possible about making mistakes. To set a good example for her kids. “They see me working my tail off,” she told Romper in October. “What matters to me is that they see me as a beginner. I'm a neophyte in every way and just struggling with my own ego, with how ignorant I am and how willing I am to say, ‘I don't know. Can you teach me?’ And that I just keep showing up no matter what, even if I get frustrated with myself for not remembering every single thing that I've heard before or how it all fits together. That's what matters to me, for my kids to see. And I think they are taking that in.”

They also get to take in their traditional Christmas beef bourguignon with the knowledge that their mom nearly started a kitchen fire to make it for them. That’s love.