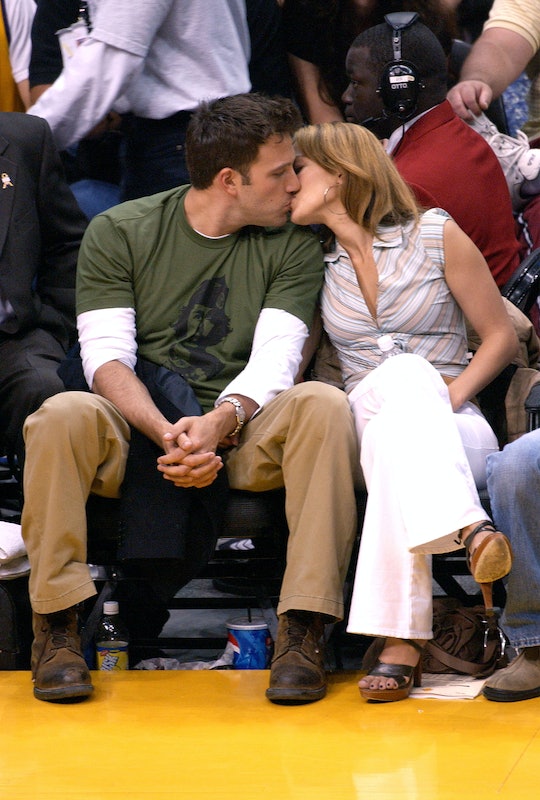 A bit of nostalgia!

For her Mother’s Day this year, Jennifer Lopez pulled out a throwback clip from the OG Bennifer era to celebrate. On Sunday, the Marry Me actress posted a short video, recorded in 2003, of her and fiancé Ben Affleck at an NBA game wishing their mothers a Happy Mother’s Day on TV.

“Happy Mother’s Day! We love you,” Affleck says to the camera while J. Lo says, “Happy Mother’s Day, mommy! I love you!” The announcer labeled them “Hollywood’s hottest couple,” a statement that still stands true today.

“Happy Mother’s Day to all the mommy’s out there!!!,” Lopez captioned the video on Instagram.

Lopez and Affleck started dating in 2002 after they met on the set of their movie Gigli. In November of 2002, Affleck proposed to Lopez with a massive emerald-cut pink diamond ring and Bennifer was born. But by January 2004, they had announced their split and the two went their separate ways, marrying other people and starting families of their own.

Almost 20 years, Bennifer is back on and the two are engaged again after rekindling their romance last year. Lopez shared the announcement in her newsletter on April 12 and shared that Affleck proposed to her while she was taking a bubble bath. “It was the most romantic thing I could’ve ever imagined...just a quiet Saturday night at home, two people promising to always be there for each other,” she wrote, as reported by BuzzFeed. “Two very lucky people. Who got a second chance at true love.”

Lopez is mother to twins, Emme Maribel Muñiz and Maximilian David Muñiz, 14, whom she shares with her ex-husband, Marc Anthony. Affleck has three children with ex-wife Jennifer Garner: Violet, 16; Seraphina, 13; and Samuel, 10.

These days, Lopez and Affleck are looking to a buy a new home together. They reportedly have their eyes on a $68 million dollar mansion that has 12 bedrooms and 24 bathrooms, according to ELLE. Some might also say that’s big enough to build their own basketball court to recreate that adorable 2003 Mother’s Day video.