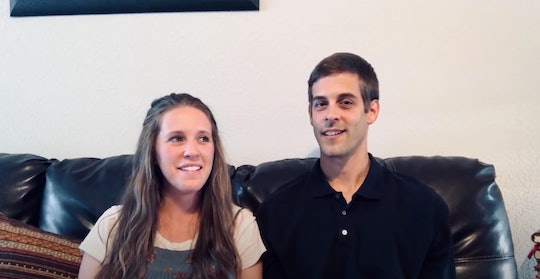 “We love and miss you River Bliss!”

In a new post on Instagram, Jill Duggar revealed that she suffered a miscarriage just days after finding out that she was pregnant with her third child with her husband, Derick Dillard. The former Counting On star shared that she while she wasn’t very far along in her pregnancy, she and Dillard had already decided on a name, River Bliss.

“We recently found out we were expecting our third baby!” Duggar, who share two sons — 6-year-old son Israel and 4-year-old son Samuel — with Dillard, wrote in the caption of the post. “We were thrilled! However, a few days later we started miscarrying.”

Duggar also posted a video on YouTube showing the emotions she and Dillard went through after finding out she was pregnant. The former reality star takes viewers with her as she sees her positive pregnancy tests, her sons learning the news, and then the sadness she felt after she miscarried.

The couple, who have been open about their desire to have more kids in the future, wrote in a blog post that their sons were so elated after finding out about her pregnancy. “They were full of questions and so excited as we talked about pregnancy and how they would get to be involved along the way and after the baby was born,” they wrote. “However, a few days later, we started miscarrying.”

Although it was too early to tell the baby’s sex, Duggar and Dillard wrote that they decided to name their baby River Bliss Dillard.

The name River, they wrote, represents a beautiful, natural escape. “Our baby doesn’t get to live here with us on earth, but is forever with the source of the river of life, in the presence of the Lord!,” they wrote. The couple chose Bliss for their baby’s middle name because they were able to bring such joy to their family in such a short period of time.

Duggar’s siblings, some of whom have experienced miscarriages themselves, took to the comments of their Instagram post where they shared their support for their older sister. “River Bliss was so loved!” Joy-Anna Duggar wrote. “I love you Jill. My heart breaks for y’all. I am so so sorry you are having to go through this. Praying for you all.”

“Jill my heart aches for you all,” Jill’s younger sister, Jinger Duggar, wrote. “Love you so much and praying for you, sis!!”