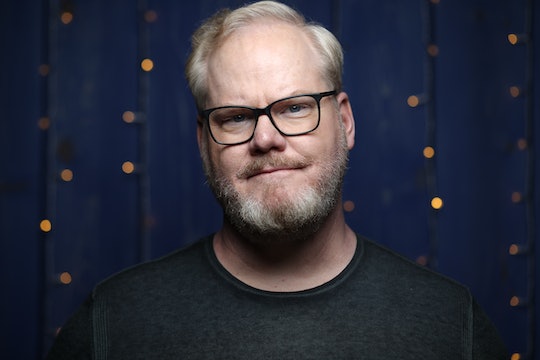 It's a tough one to handle.

Jan. 6 marked a difficult day for everyone in the United States, and it's been no easy task to try to explain it to kids watching yesterday's horrific events unfold. Which is why everyone's favorite dad Jim Gaffigan's tweet about explaining the Capitol riots to his kids was so spot-on.

More Like This
The Obamas’ New Family Rule? Get Vaccinated If You Want To Hang Out With Us
Pregnant Olympian Shawn Johnson Cried When Her Daughter Was Sad At Drop-Off
Meghan Markle Has Written A Children’s Book
JAY-Z Had A Great Response To How He'd Feel If His Kids Don't Follow In His Footsteps

The comedian and his wife Jeanne are parents to five kids: 15-year-old daughter Marre, 14-year-old son Jack, 11-year-old daughter Katie Louise, 9-year-old son Michael, and 8-year-old son Patrick. Like many parents, Gaffigan found himself in the bizarre position of trying to explain what was going on in Washington, D.C. on Wednesday. When Trump supporters stormed the Capitol building as the U.S. Congress was in the process of confirming President-elect Joe Biden, forcing lawmakers and members of the media to shelter in place while security moved several politicians, like Vice President Mike Pence, to a safer location. Four people ended up dead, as CNN reported, including one woman who was shot in the Capitol building, while others ransacked offices with seemingly little resistance from the police.

How do you explain such actions to your kids? If you're Jim Gaffigan, turn off the news and hold your own press conference.

Jim Gaffigan held a press conference for his kids to explain the Capitol coup.

As the comedian tweeted, "Like many parents I was forced to hold what felt like a press conference with my children because Republicans lunatics stormed the capitol. Congrats to @FoxNews on finally making it impossible to watch news with our parents and now our children."

Gaffigan went on to clarify in a separate tweet that he doesn't watch Fox News but was attempting to "point out that because of years of rampant @foxnews propaganda we can't watch any news with our parents or our children. (Idiots please respond with your 'What about' crap so I know who to block. Have a nice day.)"

While there are many celebrities who have long made their voices heard in politics, Gaffigan has largely stayed away from making any sort of statement. A devout Catholic who once opened for Pope Francis in Philadelphia and something of a "clean" comic, he has essentially stuck to his stand up routines. Until recently. In August, Gaffigan unleashed a truly epic Twitter rant about President Donald Trump that he has since said in a Facebook post was very "liberating" even if it did make him a target for Trump supporters.

He explained in his post that he spoke out about Trump because he didn't feel he had any choice at this point. He spoke out for the future of his children, and grandchildren. And after the events that unravelled on Wednesday, speaking out about what's right for our kids has truly never been more important.