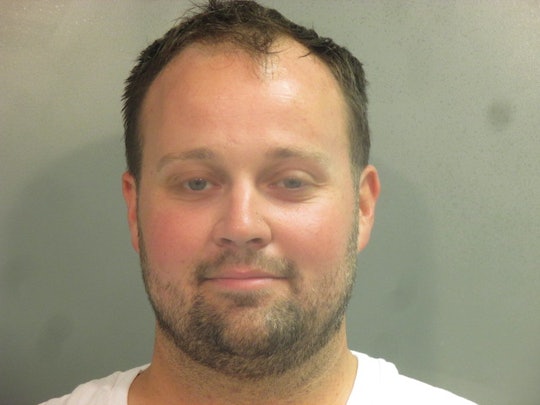 The former 19 Kids and Counting star has been indicted on charges of receiving and possessing child pornography.

Days after announcing he and his wife Anna were expecting their seventh child together, former 19 Kids and Counting star Josh Duggar was arrested in Arkansas and indicted on two federal charges of receiving and possessing child pornography. Since then, several of his family members have spoken out.

Duggar, 33, was arrested by Homeland Security on April 29 and booked in Washington County jail, according to public records. In a virtual court appearance the following day, he pleaded not guilty to one count of receipt of child pornography and one count of possession of child pornography. The official press release detailing the arrest was posted by the U.S. Attorney Office of the Western District of Arkansas on April 30, but was later deleted.

The former reality star and father of six was released from jail on May 6 and is currently staying with Lacount and Maria Reber, close friends of the Duggar family, Fox News reported. According to the Associated Press, Duggar is allowed to see his children — Maryella Hope, 17 months, Masson Garrett, 3, Meredith Grace, 5, Marcus Anthony, 7, Michael James, 9 and Mackynize Renee, 11 — only if his wife is present. Duggar’s wife, Anna, is currently pregnant with the couple’s seventh child, a girl, news she announced on Instagram on April 24.

Duggar is accused of using the internet to download child pornography in May 2019. Some of the images depicted the sexual abuse of children under the age of 12, according to the press release. A Department of Homeland Security agent listed Duggar’s case as one of “the top five of the worst of the worst that I’ve ever had to examine.”

"Josh Duggar has been charged in a two-count indictment,” the statement read. “He has pled not guilty to both charges and we intend to defend this case aggressively and thoroughly. In this country, no one can stop prosecutors from charging a crime. But when you're accused, you can fight back in the courtroom — and that is exactly what Josh intends to do."

How The Duggar Family Has Responded

Since news of Duggar’s arrest broke, a number of his family members have reacted with shock and sadness. Duggar’s parents, Jim Bob and Michelle, told Page Six view the charges against their son as “very serious.” “We appreciate your continued prayers for our family at this time,” they said in a statement. “The accusations brought against Joshua today are very serious.”

The day after he was arrested, Duggar's younger sister Jill and her husband, Derick Dillard, told PEOPLE in a statement, “We just found out this information yesterday. It is very sad.

Another Duggar sister, Jessa Seewald, and her husband, Ben, shared a joint statement on their Instagram Stories, according to Extra. “We are saddened to hear of the charges against Josh," their statement began. “As Christians, we stand against any form of pornography or abuse and we desire for the truth to be exposed, whatever that may be. Our prayers are with their family as they walk through this difficult time.”

On April 30, Jinger made a post on her Instagram, saying, “We are disturbed to hear of the charges against Josh. While this case must go through the legal system, we want to make it clear that we absolutely condemn any form of child abuse and fully support the authorities and judicial process in their pursuit of justice.”

Jeremy Vuolo, Jinger’s husband and Duggar’s brother-in-law, shared his thoughts during a recent appearance on the TODAY Show, echoing his wife’s sentiments. “Like everyone else, we are absolutely horrified, and want to see justice carried out,” Vuolo said in a May 12 interview, while discussing he and Jinger’s new parenting book. “And we just want to say that we are grateful for the authorities who work tirelessly to end child abuse here and around the world. We're praying for all of the victims in this situation — really, we're praying for everyone who is involved.”

Last weekend, Joy-Anna also addressed her older’s arrest on her Instagram Story, captured by PEOPLE, and said the situation has saddened the family. “The recent accusations brought against Josh sadden us to our core,” Joy-Anna released a statement, in conjunction with her husband, Austin Forsyth. “We have not wanted to be hasty in making any statements while still trying to process the news ourselves. We are especially heartbroken by the reality that there are children in the world being harmed and exploited.”

Duggar’s wife Anna has not spoken out on the arrest.

Josh is the oldest son of Jim Bob and Michelle Duggar. He was pulled from the TLC show in 2015 after confessing to his parents that he molested four of his sisters and a babysitter. Duggar apologized, but he was never charged for those accusations. He was also never considered a sex offender because the crimes were committed while he was a teenager. “We pray that in this he comes to complete repentance and sincere change,” his parents said in a statement at the time.

If convicted, The New York Times reports that Duggar faces up to 20 years in prison and fines up to $250,000 on each count. A trial date is set for July 6.

This article was originally published on April 30, 2021