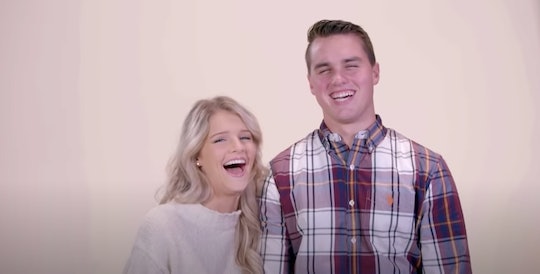 “We are so thankful and relieved to have our precious baby girl here in our arms.”

After suffering a miscarriage last year, Bringing Up Bates star Josie Bates has given birth to her second child, a “rainbow baby,” with her husband, Kelton Balka. Their daughter, who they named Hazel Sloane, was born on Monday, June 14, joining their 1-year-old daughter, Willow, to make up the family of four.

“After so many months of dreaming about what it would be like as a family of four and anticipating Hazel’s arrival, we are so excited to meet her!,” Bates wrote in the caption of an Instagram post, announcing her daughter’s arrival.

Hazel’s arrival comes months after the couple’s loss, which they experienced in August 2020. At the time, Josie had revealed on Instagram that they were expecting a child due in March, but had suffered a miscarriage. “Our hearts have been completely broken,” Bates wrote on Instagram. “I’ve never experienced the type of pain and loss that I’ve had these past weeks. There is an empty spot in our hearts and home.”

But four months later, the couple shared some happy news — they were expecting their rainbow baby. Now, little Hazel is finally here and the couple could not be more excited.

“God has answered so many of our prayers throughout this journey, and it was such a tender and emotional experience to finally hold her,” Bates wrote in the caption of the post. “We are enjoying every second of cuddling and bonding with her, but we also cannot wait to introduce Hazel to her big sister, Willow!”

The couple welcomed their first child, Willow Kristy Balka, into the world on July 19, 2019, and Bates has said that she is so excited to see her be a big sister. “She is already so sweet and gives so many hugs and kisses to ‘Hazel in mama’s belly,’ but I can’t wait to see what she thinks of her when she’s here!,” Bates wrote in the caption of an Instagram post in May.

This is the summer of Bates babies. Josie’s brother, Zach and his wife, Whitney Bates welcomed their fourth child, a son named Jadon Carl, in early June. And her older sister, Tori Bates, is expecting her third child due later this month.