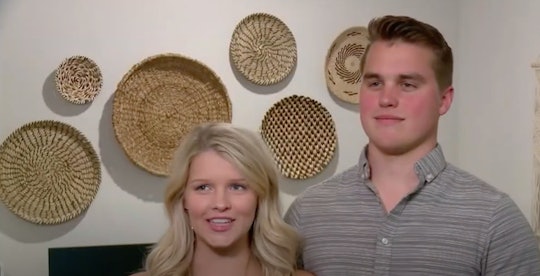 “Hazel has been teaching us to honor God’s plan above our own.”

Bringing Up Bates star Josie Bates and husband Kelton Balka welcomed their second child — a daughter named Hazel Sloane — into the world on Monday, June 14. Since then, little Hazel has been spending some time in the neonatal intensive care unit (NICU) where doctors are currently treating the newborn for jaundice.

“She is so precious to us; her sweet cry has us wrapped around her adorable, little finger already,” the reality TV star wrote in the caption of the Instagram post. “From the very beginning of her life, Hazel has been teaching us to honor God’s plan above our own.”

Hazel’s Pregnancy Was Complicated By A Blood Condition

Bates revealed on Instagram that she found out in the first trimester that her pregnancy was complicated by “an exceedingly rare blood condition” after undergoing routine blood work. “Basically, for reasons unknown and possibly as a result of our previous miscarriage, Josie’s blood and Hazel’s blood were fighting against each other.”

The couple relied on their doctors and their faith in God to pull them through, “and all tests began to be overwhelmingly reassuring.”

Hazel Was Transported To The NICU After Her Birth

After Hazel was born on June 14, the little girl “began to show signs that her body needed extra help due to complications from her condition.” Bates revealed that Hazel developed a type of jaundice that was unique to her situation and is currently in the NICU getting treatment for it and being monitored by a team of doctors and nurses.

Jaundice is the build up of a chemical called bilirubin in the baby’s blood, which causes a yellow color seen in the skin, according to the Centers for Disease Control and Prevention. While the mother’s liver removes bilirubin for the baby, the baby’s liver must remove the bilirubin after birth, and in some babies, the liver is not developed enough to get rid of the bilirubin.

“She is stable in every other way, and right now is just requiring supportive care to help her bring down her bilirubin levels, while her body slowly removes the antibodies fighting against her blood.”

Babies are treated for jaundice by laying undressed under special lights that do not hurt the baby. About 60% of all babies have jaundice, according to the CDC.

The Couple Is Relying On Their Faith

As Hazel gets her treatments, Bates wrote that they are grateful for their faith and the prayers of others to get them through this time. “Praying for sweet baby Hazel,” Josie’s older brother and sister-in-law, Zach and Whitney Bates commented on the photo. Zach and Whitney know how scary this can be; after welcoming their son, Jadon Carl Bates, into the world earlier this month, he had to be put on oxygen, and was finally allowed to go home after spending nine days in the NICU. “Love you guys soooo much!”

“We praise God for his mercies and pray that her condition remains stable and continues to improve,” Bates wrote. “We covet your prayers with us and are so grateful for the love and community that surrounds us here.”