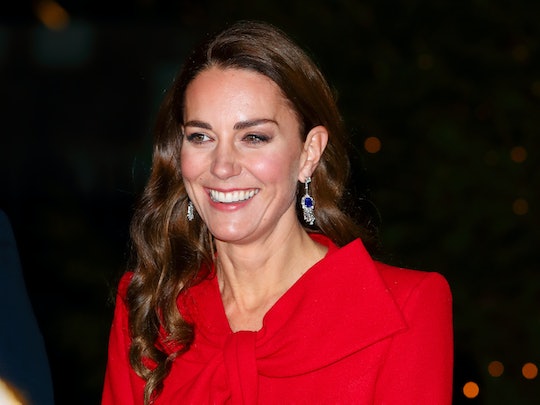 She wants to set a good example.

The Duchess of Cambridge turns 40 on Sunday. It’s a milestone birthday for the mom of three, and she certainly wouldn’t be unusual if she wanted to celebrate with a big party, a holiday, a shopping spree. Maybe treat herself to a new tiara or something. But nope. This year Middleton’s 40th birthday plans are reportedly “low-key,” which is actually sort of in keeping with her laidback personality. When she’s not being a future Queen Consort, that is.

Last year, Middleton reportedly celebrated her birthday last year at the family’s country home of Anmer Hall in Norfolk County, where 8-year-old Prince George, 6-year-old Princess Charlotte, and 3-year-old Prince Louis apparently threw a little tea party to honor their mom. “Catherine isn't one for lots of fuss or big parties — being with William and the children is her favorite way of spending her birthday,” a friend of Middleton’s said at the time.

Which is good news since it sounds as though her 40th birthday will be more of the same. Royal expert Jonathan Sacerdoti told Style Caster that this year, Middleton’s birthday will be low key for an important reason: to set a good example during the pandemic. “Even for a big, important birthday, like her 40th, and even being who she is, she’s choosing perhaps to do something lower key, so [as] to set a good example.”

Kate Middleton is having a low key birthday.

Middleton is expected to spend her birthday with her husband and three kids, and perhaps some close friends and family members since this is a big milestone year. The Cambridges are known to be especially fond of spending as much time as possible at Anmer Hall, according to Prince William in his Apple Fitness+ Time To Walk episode in December, “We spend as much time as we can here, it's very peaceful.”

The real question is, who will be baking Middleton’s birthday cake? She always bakes birthday cakes for her kids, after all, it seems likely they’ll return the favor as they did on Mother’s Day. The sweet Cambridge kids also reportedly treated their mom to flowers picked from her garden and homemade cards for her last birthday.

Which means Kate Middleton will most likely spend her 40th birthday at her country estate in England, surrounded by her kids and her husband and her friends. That sounds just about perfect.