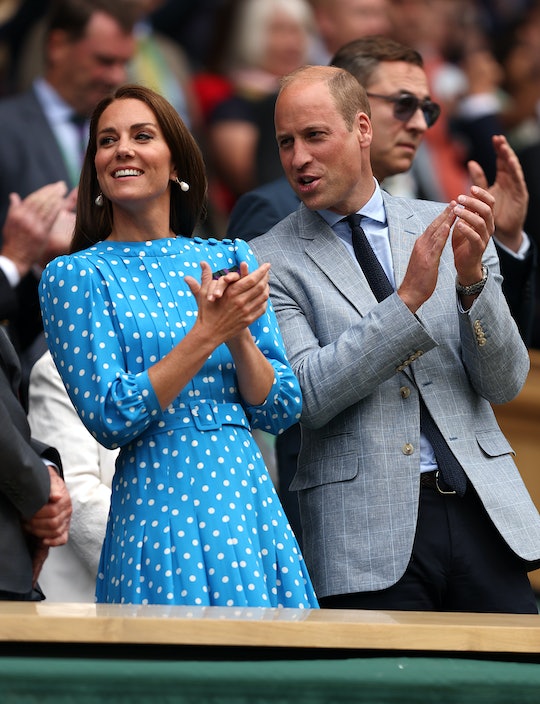 The Cambridges Are Coming To Boston

Inspired by JFK no less.

Tiaras, future kings, and Fenway Park. That’s what’s coming down the pike in December when Kate Middleton and Prince William visit Boston. The Duke and Duchess of Cambridge are scheduled to bring Prince William’s Earthshot Prize to Boston at the end of the year, and it seems they may even be paying a visit to good old Fenway Park while they’re in town. Iconic.

The Duke of Cambridge took to Twitter on Wednesday to tell royal fans that he would be bringing the Earthshot Prize, which awards $1 million to five winners who have committed themselves to combating the effects of climate change, to the United States for the first time.

“In 2022, we're back and bringing Earthshot to the USA where we'll award the next five winners of the Prize," he explained in a tweet. The video then cut to Boston Red Sox All-Star Xander Bogaerts, standing in the outfield of Fenway Park and adding, “And we’ll be doing it right here from Boston.”

The Earthshot Prize has partnered with the John F. Kennedy Library Foundation, Boston Mayor Michelle Wu and the city of Boston for the upcoming ceremony, and Kensington Palace explained in a statement in 2021 that the Earthshot Prize was, in fact, inspired by President Kennedy’s Moonshot Prize to get a man to the moon in the ‘60s. “Remember the awe-inspiring civilizations that we have built, the life-saving technology we have created, the fact that we have put a man on the moon,” Prince William said at the time. “People can achieve great things. The next 10 years present us with one of our greatest tests - a decade of action to repair the Earth.”

Details about their trip to Boston are still being kept under wraps, but Middleton and Prince William are expected to celebrate the city for its work in addressing climate change, according to a statement shared with People. This will mark the first time the couple have visited the United States since their time in New York City in 2014.

Whether or not this visit to American soil will include their three children, 8-year-old Prince George, 7-year-old Princess Charlotte, and 4-year-old Prince Louis is still up in the air. As is a possible visit to see Prince Harry and Meghan Markle in California.

One thing we do know for certain, though. Boston is going to give the royals a totally unique experience. I can’t wait to see it.