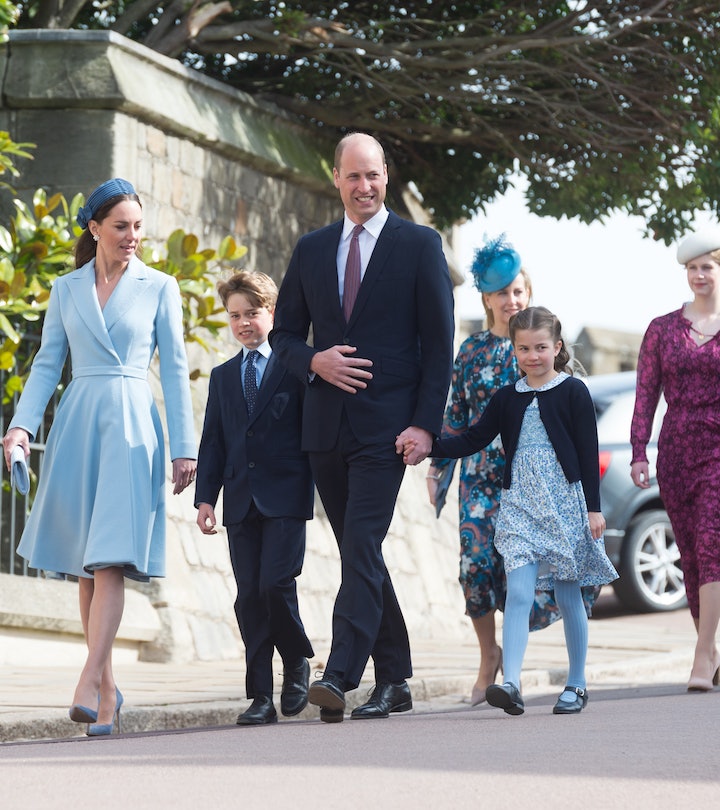 Everything We Know About The Cambridge Family's Sweet New Dog Orla

For starters, her name has a royal meaning!

When it came time for Princess Charlotte to pose for her seventh birthday photos, she chose a certain friend to pose alongside her. She could have chosen anyone, of course; she is fourth in line to the throne, after all. So who did she want to cuddle up next to? The newest member of the family; her sweet dog. And here’s everything we know about the four-legged friend brightening the lives of the Cambridge family.

Her name is Orla.

We finally have a name for the royal dog so beloved by 7-year-old Princess Charlotte, 8-year-old Prince George, and 4-year-old Prince Louis. People magazine reports that her name is Orla, which is the Celtic name meaning “golden princess.” So she is a princess dog hanging out with a princess human. How perfectly apropos is that?

She was a gift from Princess Charlotte’s dog-loving uncle, James Middleton.

Orla joined the Cambridge family in 2020 as a gift from Kate Middleton’s brother, James Middleton. She was one of six puppies born from James Middleton’s dog Luna in May 2020, and at the time he explained that each of the puppies had “lovely homes waiting for them.”

Little did we know one of those homes would be a palace. Kensington Palace to be exact.

Orla is helping the family heal the loss of their beloved dog Lupo.

This sweet-faced girl arrived just before the Cambridge family had to say goodbye to their family dog Lupo, who had also been a gift from James Middleton in 2012. Lupo died in November 2020, and the Duke and Duchess of Cambridge were so saddened by the news that they shared a public statement of loss, “Very sadly last weekend our dear dog, Lupo, passed away,” the Duke and Duchess of Sussex on Instagram. “He has been at the heart of our family for the past nine years and we will miss him so much.” While Lupo can never be replaced, it does seem as though Orla is helping them heal.

Much like Lupo, Orla is a spaniel. A cocker spaniel, to be exact, a breed known to be gentle, easy going, and loving while also being quite lively and great with kids. Perfect for a family with three kids under the age of 10 years old.

In a video shared by Instagram user @foundbybojana from March, Prince William and Prince Louis were seen walking little Orla around Kensington Palace. And even though she’s not yet 2 years old, she managed to stay close to her family despite being off-leash. Perhaps she knew Prince Louis would be able to catch her on his scooter.

Or perhaps Orla, the golden princess, knows a good thing when she sees it.

More Like This
Prince William Opened Up About Living With Grief In A Raw Speech
Kate Middleton Explains Why Her Kids Couldn't Attend The Top Gun: Maverick Premiere
Meghan & Harry Celebrated Their Anniversary As A Family Of Four For The First Time
Prince Harry & Meghan Markle Could Take Us Inside Their Home For A New Docuseries