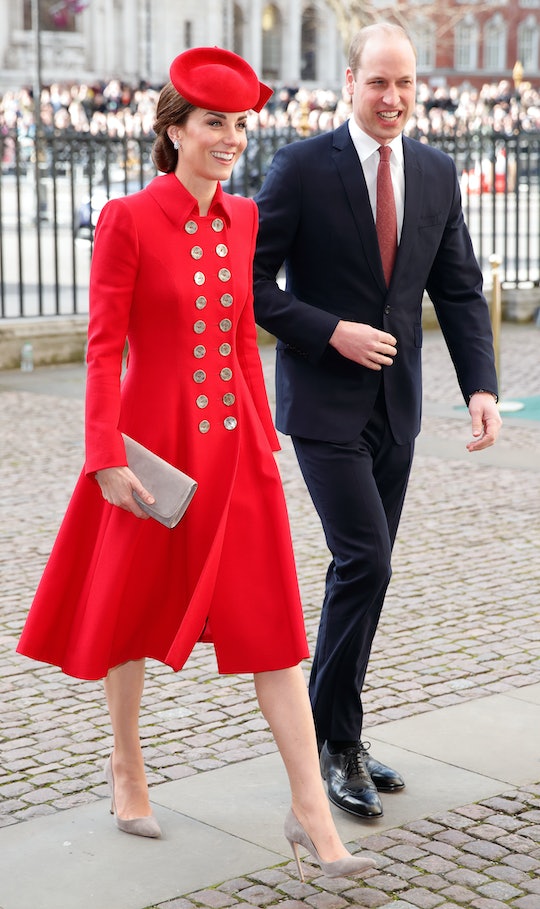 (And don’t let the fact that they live in an “apartment” fool you.)

A wise man (Mel Brooks) once said “It’s good to be the King,” and we have to assume that it’s good to be the future King as well. Prince William has a charming, intelligent wife, three beautiful children, and lives in a literal palace. But before you get too comfortable in your idea of what “palace living” means, there are probably some things you don’t know about the royal residence of the Duke and Duchess of Cambridge’s home. For example, did you know that William and Kate’s apartments at Kensington Palace have a panic room, complete with air filtration system to “guard against biological warfare.” But that’s not the only fun fact about this royal home.

As Marie Claire reported, Buckingham and Windsor Palaces boast panic rooms “18 inch thick, bullet-resistant, fire-retardant steel walls” that were installed sometime in the early ‘00s. Kensington also has an “escape tunnel” where, according to reports from Princess Diana’s former staff, she would sneak her sons out for McDonalds (because apparently even princes are children who just want Happy Meal toys). According to Princess Eugenie’s husband, Jack Brooksbank, St. James Palace also has an “escape tunnel,” but it’s an escape of a different kind: that tunnel, allegedly, leads to a swanky cocktail bar called Duke’s Bar.

Kensington Palace used to just be an ordinary (if luxurious) house

Originally built in 1605, the estate wouldn’t become royal for more than 90 years, when it was purchased and expanded upon by King William and Queen Mary in 1698. For the next hundred or so years, it was a primary residence of the monarch, and served as home to Queen Anne (aka Olivia Coleman’s character in The Favorite) and Georges I and II (aka not the King George from Hamilton). George III (aka King “You’ll Be Back” George) used it as a residence for “lesser” royals and it has served in that capacity more or less ever since (though don’t let “lesser” fool you: Queen Victoria was born and grew up there back when she was merely Princess Alexandrina).

Some 20th century residents include...

But, like, palatial housemates. It’s not like everyone has all their food labeled in a communal refrigerator or takes turns with the TV in the living room. The palace is divided into apartments, which author Christopher Warwick described to Marie Claire as “wonderful red brick terrace houses... all joined, but separate houses.”

William and Kate, for example, live in Apartment 1A (former home of Princess Margaret) which, according to reporting from Vogue, boasts four stories and 20 rooms, including five reception rooms, three bedrooms, dressing rooms (think more “ultra luxe walk in closet” than “fitting room in Target”), and two nurseries. Then, of course, there are nine staff bedrooms on the upper level, as well as a basement gym and luggage room. But it’s not all opulence: they only have one kitchen... the other two kitchens are for staff.

Yes, like the White House or Buckingham Palace, visitors can head over to this residency to see it for themselves. But don’t expect to be welcomed into the Cambridges’ five receiving rooms. The tour is limited to spaces preserved as museums, such as the Queens Apartments, Kings Apartments, and some of the gardens.

The panic room is definitely not on the tour, but if you ever go, you can casually mention it and sound knowledgeable.