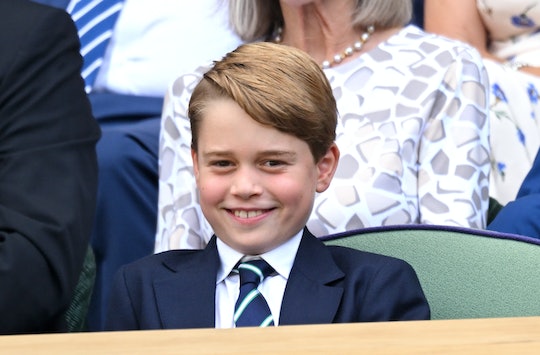 “Their Royal Highnesses were extremely grateful for your kind invitation.”

When a little girl invited 9-year-old Prince George to her birthday party, it would not have been terribly surprising if the invitation went unanswered. Prince George’s parents are pretty busy being the Duke and Duchess of Cambridge, after all, fielding all sorts of glamorous invitations on a daily basis. How could they possibly have time to personally RSVP to one little girl asking their son to her birthday party? But of course Kate Middleton and Prince William made the time.

The anonymous 6-year-old girl had asked Prince George to come to her birthday party, and her mom took to Twitter to share the response she received from the Duke and Duchess of Cambridge’s team. “The Duke and Duchess of Cambridge have asked me to thank you for your letter, in which you invite Prince George to your 6th Birthday party. I am sorry that it took so long to reply,” the reply read, per Hello!. “Their Royal Highnesses were extremely grateful for your kind invitation. Having given careful consideration to the possibilities, however, I very much regret that Their Royal Highnesses reluctantly feel they have to decline. Nevertheless, I hope that you enjoyed your birthday.”

Perhaps Prince George would have been able to attend if his summer wasn’t already so filled up with activities. He has been busier than ever with a full roster of royal festivities in recent months, attending several Platinum Jubilee events along with his 7-year-old sister Princess Charlotte and, rather famously, his 4-year-old brother Prince Louis. Prince George has also been attending engagements with his parents to watch soccer, rugby, and tennis, then he has his charity bake sales to keep an eye on. All of those royal events really eat into a kid’s birthday party schedule. Presumably he had his own birthday party when he turned nine in July, but who knows for sure?

It’s probably not uncommon for a little kid to want a future king to come to their birthday party. What is unusual, and oh so special, is for the kid to get an RSVP. There’s a treasure she can keep forever.