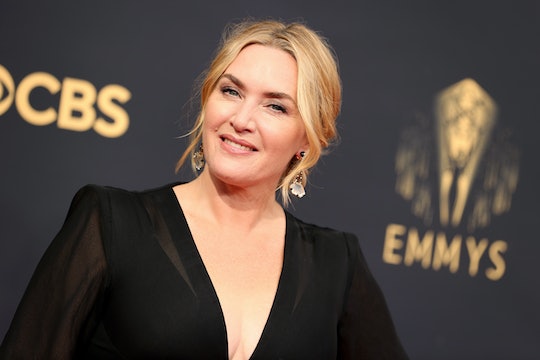 Mare of Easttown was a love letter to imperfect motherhood.

By the time Kate Winslet took to the stage to accept her Emmy for Outstanding Lead Actress in a Limited Series, the rest of her Mare of Easttown cast had already been effusive in their praise of her. As an actor, as a friend, as, in the words of Evan Peters, “Kate Winslet for being Kate Winslet.” So when it was her turn to give a speech, the stakes were high. And Winslet’s acceptance speech delivered. For women, for actors, and most especially for mothers everywhere. Imperfect and trying as we all are.

Winslet opened up by thanking her fellow nominees “in this decade that has to be about women having each other’s backs,” going on to salute them all before thanking Mare of Easttown creator Brad Ingelsby for creating a “middle-aged, imperfect, flawed mother. And you made us all feel validated, honestly.”

She was not wrong. HBO’s Mare of Easttown hit such a deep, satisfying nerve for mothers simply because Mare herself was flawed. Tired. Frustrated. And fierce. In short, a mom like so many of us.

Kate Winslet gave a beautiful acceptance speech at the Emmys.

Not only did Mare of Easttown hit moms deep in their souls, Winslet’s speech resonated, too. One social media user even noticed that Winslet’s impassioned acceptance speech sounded a bit like another one of her famous speeches from the movie The Holiday: “Kate Winslet is delivering her Emmys speech with the exact same energy as her ‘something resembling gumption!’ monologue from The Holiday, and I appreciate that.”

Winslet herself is mom to three kids, 20-year-old daughter Mia and 17-year-old son Joe from a previous relationship as well as 7-year-old son Bear with husband Edward Abel Smith. She thanked her three children in her speech, “Mia, Joe, and Bear, the greatest people in the world” before going on to thank her husband, “Ned, who I get to hold hands with for the rest of my life.”

Kate Winslet’s work on Mare of Easttown made a difference to moms who desperately needed representation on screen, including Winslet herself.