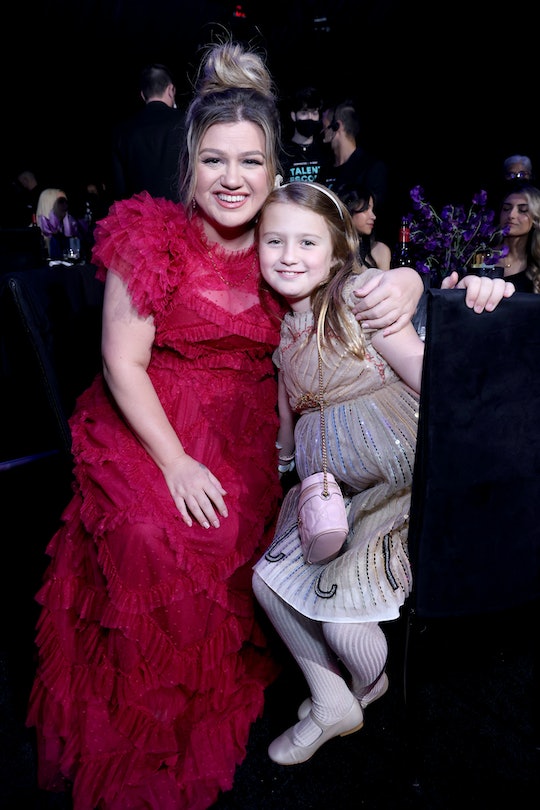 And they went for ice cream afterwards.

When Kelly Clarkson decided to bring a date to the 2022 People’s Choice Awards, she went with a surefire winner. Her 8-year-old daughter River Rose, who she shares with ex-husband Brandon Blackstock. The proud mom was having the time of her life on her special “date night” with River Rose, and gave both her kids a sweet shout-out during her acceptance speech when The Kelly Clarkson Show won the Best Daytime Talk Show in 2022.

Clarkson and River Rose hit the red carpet together on Tuesday, and the two of them were just grinning ear to ear, happy to have the evening together. Even if they were missing a certain special someone. Clarkson’s 6-year-old son Remington, who was apparently home sick. But don’t worry, he got a shout-out on their special date night as well when his mom accepted her award.

“Thank you all so much, this is awesome,” Clarkson said on stage. “I'm having a date night with my daughter, River Rose. And, Remy, I know you're home, you're not feeling well, baby. But this is cool to get, and thank you Niecy [Nash] for hosting my show while I was sick.”

I’m sure Clarkson did not mean to rub salt in poor sick Remington’s wound, but she did go on to add at the end of her speech that she and River Rose would be tagging an extra special moment on to the end of their date night. “Thank you all so much, I'm going to go have ice cream with my baby girl!”

The “Since You’ve Been Gone” singer has always made a point of prioritizing time with her kids, to the point where she rescheduled filming of her massively popular talk show in order to make sure she was available for school runs with them. "When we were doing the schedule for the show, I was like, ‘I have to drop my kids off at school,’” she told People in 2019. “And I’m always the one who puts them to bed. You just have to prioritize and juggle and make people know it’s an important thing. And don’t feel guilty about it.”

She has nothing to feel guilty about. Unless she forgot to bring little Remington a pint of ice cream or something. That would hurt.

More Like This
10 Of Julia Louis-Dreyfus' Best Quotes On Motherhood & Raising Her Sons
Lisa Marie Presley’s Daughter Posted A Beautiful Throwback Photo With Her Late Mom
Zoe Saldaña Shared A Rare Video Of Her Three Sons Recreating A 'Zoolander' Scene
For Real Life!? More 'Bluey' Is Coming, But We'll Have To Hang Tight For Season 4
What Parents Are Talking About — Delivered Straight To Your Inbox