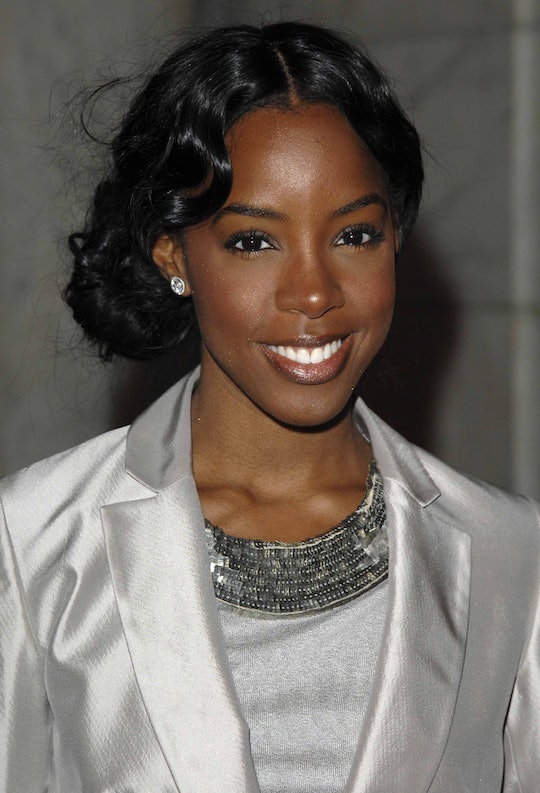 Kelly Rowland Has A Great Hack To Stay Positive While Breastfeeding

Now that Kelly Rowland is a mom of two boys, she's certainly learned a thing or two about how to manage her daily routine with a newborn. For instance, in a recent interview with People, Kelly Rowland revealed she has to breastfeed her infant son while she's watching something funny. Not just to entertain herself, although that's part of it, but the positive energy she gets from a good laugh while she's nursing apparently makes a difference.

Rowland welcomed her son Noah with husband Tim Weatherspoon back in January, making their 5-year-old son Titan a big brother. In the five weeks since becoming a mom of two, Rowland has already noticed a few differences in her experiences with her first and second sons. Namely breastfeeding.

When she welcomed Titan in 2014, her mom, Doris Rowland Garrison, had passed away from cardiac arrest just weeks after he was born. "My mother passed shortly after I had my son," she told People in a recent interview. "So this time it was different. I'm breastfeeding successfully now, and I know it's because when I'm happy, the mood is different. I would definitely say what someone once told me is really true: Breastfeeding really does offer itself to emotion as well."

With that in mind, Rowland has been intentionally watching some funny TV to help her stay in a good mood while breastfeeding or pumping. "When I am pumping or anything like that, I always watch something funny," she told People. "It's a different outcome. It really is."

Rowland might be on to something here. Scientific research supports the belief that emotion can transfer between mother and child through oxytocin in breast milk, which means babies might be able to feel when their mother is stressed out during breastfeeding, or happy, or sad. Now to be fair, we can't all be grinning ear to ear every time we breastfeed babies, which is why it's kind of brilliant that Rowland makes a point of watching funny TV while she's breastfeeding. She's helping those happy feelings along.

Not that she seems to need much help feeling happy these days. In a recent Instagram post that featured a photo of her with her two sons, Rowland describe the scene as "My Happy Place."