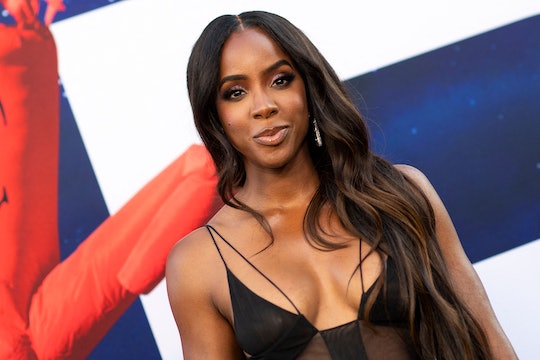 Kelly Rowland Is Not Happy About What Happened At Sesame Place

“I would've burned the place down.”

Kelly Rowland is not happy about a recent incident that took place at Sesame Place involving a character dressed as Rosita and two little Black girls. Rowland, who has two sons, 7-year-old Titan and 1-year-old Noah, with her husband, Tim Weatherspoon, did not mince words after seeing mom Jodi Brown’s viral Instagram video.

In Brown’s Instagram video, a performer in a Rosita costume at Sesame Place Philadelphia appears to ignore her 6-year-old daughter and niece reaching out for high-fives and hugs. “THIS DISGUSTING person blatantly told our kids NO then proceeded to hug the little white girl next to us!” Brown captioned the video.

Rowland reposted the video on her Instagram Story on June 17. “Are you serious?! You’re not going to speak to my child? And did you see that baby’s face at the end? The little one with the pink on? She deserves an explanation,” she said, as reported by Billboard.

Sesame Place initially responded to the incident in a statement that said it was a “misunderstanding” and the performer did not intentionally ignore the girls. “The performer portraying the Rosita character has confirmed that the ‘no’ hand gesture seen several times in the video was not directed to any specific person, rather it was a response to multiple requests from someone in the crowd who asked Rosita to hold their child for a photo which is not permitted. The Rosita performer did not intentionally ignore the girls and is devastated about the misunderstanding,” the theme park said in part. Rowland, however, found the explanation “ridiculous.”

“Did you see that ridiculous apology that they had?” Rowland added. “When I saw this and it was an extension of what I grew up learning and loving about Sesame Street and Sesame Place, I don’t know what place this is that I saw. It made two beautiful little girls feel like they were just not there. I wasn’t trying to give it any more attention. I really wasn't, but those little girls, they deserve an apology.”

Rowland went on to express her outrage the following day at the Los Angeles premiere of Nope. “I'm still upset,” she told Entertainment Tonight’s Kevin Frazier. “I was livid. And I know, me personally, I would've burned the place down. I've said it before and I really mean it.”

In the days since Brown’s video has gone viral, Sesame Workshop also released a statement in the wake of the controversy, noting that Sesame Place, a licensed park partner of the educational nonprofit, would conduct bias training for its employees and said what the girls “experienced is unacceptable.”

“They have assured us that they will conduct bias training and a thorough review of the ways in which they engage with families and guests,” the statement read, adding: “As a global nonprofit educational organization with a mission to help children grow smarter, stronger and kinder, Sesame Workshop has always stood for respect, inclusion and belonging and is committed to providing the highest quality engaging experiences for all children and families. We hold our partners to the same high standards. We will continue working with our long-term partner Sesame Place to ensure that appropriate actions are taken and that incidents like this do not happen in the future.”

Rowland is one of many celebrities to speak out about the viral video. Actor Wendell Pierce retweeted the video and said, “This moment is violent, scarring, psychological abuse.” Community actress Yvette Nicole Brown tweeted that her anger is not towards Sesame Street, but towards the theme park. “Though I have complete DISDAIN for the way the performer in that #Rosita suit treated those sweet babies, my ire does not extend to @sesamestreet proper. @SesamePlace dropped the ball with hiring AND that gaslighting statement. But THE #SesameStreet changes lives,” she tweeted.