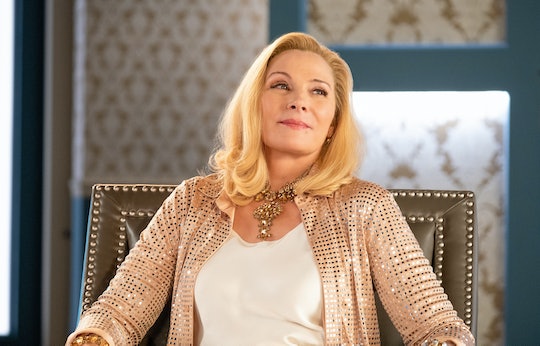 No one wants that. Ever.

When HBO Max announced that there would be a Sex and the City reboot, there was one question on everyone’s mind: What about Samantha Jones? Kim Cattrall had made it abundantly clear that she would not be returning to play her iconic character, so what would they do with her storyline? What would happen if she did return? What would the creators do with her character? Well, now we know there was one especially cringey storyline suggested for the third Sex and the City movie involving Brady Hobbes and Samantha that no one would have wanted to see.

Fans of And Just Like That... will likely remember Miranda Hobbes’ son Brady and his sexcapades, as it were. Brady had essentially no plot other than his sex drive, and it seems that was always going to be the plan. In fact, poor Samantha was reportedly going to be part of Brady’s storyline in a way Cattrall told Variety she felt was “heartbreaking.”

When Cattrall initially discussed doing a potential third Sex and the City movie, she discovered that 14-year-old Brady would be sending Samantha unsolicited “dick pics,” an insulting and frankly irresponsible plot if ever there was one. Cattrall decided against doing the movie, which she claimed “basically” became the entire first season of And Just Like That..., because she didn’t feel as though her character was progressing.

“Why can’t Samantha, who owns her PR company — maybe she had to sell it because of financial woes? 2008 was tough,” Cattrall explained to Variety. “Some people are still recovering. She had to sell it to some guy who’s wearing a hoodie, and that’s the dilemma she has. I mean that’s a scenario that was kind of off the top of one of my reps’ heads, and I thought that’s a great idea. That’s a conflict. Instead of an underage boy’s...”

It bears noting that Samantha actually babysat Brady as a toddler and, throughout the original series, never once showed any interest in an underage boy, so the idea of having Brady send a picture of his penis to her as a plot point is outrageous. Fortunately this storyline never came to fruition.

Samantha was included in the reboot; she and Carrie Bradshaw had stopped speaking over a career quarrel. In And Just Like That..., Samantha moved to London after Carrie stopped using her PR firm, but the two texted a few times in the series. This was another storyline that didn’t track with Cattrall. “Oh yes. I heard this,” she told Variety. “Well, that feels different than the Samantha that I played.” While Cattrall is flattered that fans missed her character, she’s happy to have moved on to new projects like How I Met Your Mother and Queer As Folk.

And we’re happy we didn’t have to see Samantha deal with unsolicited dick pics...