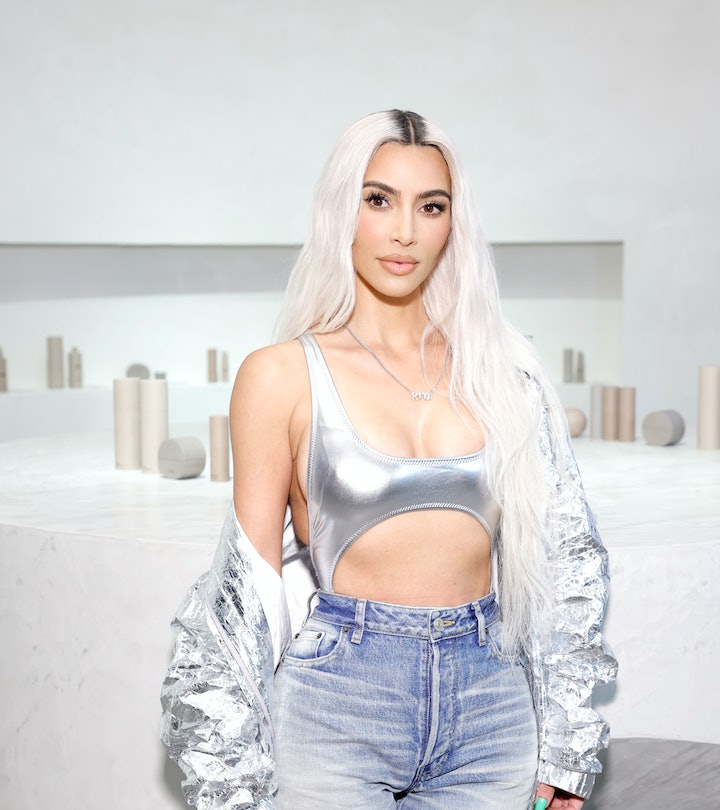 When it comes to having a fifth kid and maybe even taking a fourth stroll down that matrimonial aisle, Kim Kardashian is leaving her plans in the hands of the universe and is ready for whatever is meant to be. In a recent interview, the SKIMS founder and mom of four shared some thoughts on what her exciting future could look like, and Kardashian revealed that she’s open to having more kids if the right person were to come along.

The tea was spilled on the infamous Goop podcast, when Kardashian sat down with fellow celebrity mom Gwyneth Paltrow. “I’m obviously right at the end of that conversation,” said the 42-year-old star of The Kardashians after she was asked about the possibility of expanding her family. “I would have to have someone in my life for a while in order to make that decision. So, whatever’s meant to be will be,” she continued.

When Paltrow brought up the idea of egg freezing, the actress and wellness guru didn’t quite realize she was dealing with someone with multiple fertility journeys under her belt, having welcomed her two youngest children via surrogate. “I think embryos are the best way to go,” Kardashian schooled her host.

Paltrow also asked the entrepreneur point-blank if she would be open to tying the knot again. At first, Kardashian was a bit skeptical, but then admitted she’s “such a romantic” and could see herself getting hitched again. “I have this fantasy in my head, like fourth's time's a charm, it's gonna — it's gonna work out.”

The reality TV queen has been hitting up the podcast circuit lately and also opened up about how difficult coparenting with an ex can be. On a recent episode of Angie Martinez's IRL podcast, (which has been viewed nearly a million times in two days!) Kardashian broke down in tears as she kept it super real: “It's hard. S--t like co-parenting, it's really f--king hard,” she said. Kardashian shares 9-year-old North, 7-year-old Saint, 5-year-old Chicago, and 3-year-old Psalm with ex-husband Kanye West.

Hopefully if Kardashian does find true love again, we’ll all benefit from the most glam televised spectacle in the form of Kardashian’s final wedding. While no one has a crystal ball (and if Kardashian had one it would probably be bedazzled in crystals), we do have some theories about the potential bridesmaid aesthetic. Based on the current all-neutral dress-code requirement for her staff, we’re guessing that if Kardashian hears wedding bells one last time, she’d probably go for a carefully curated monochromatic bridal party with an inconspicuous khaki palette.

More Like This
Marie Kondo Gives Up Tidying Post-Kids, Sparking Joy For Moms Everywhere
10 Of Julia Louis-Dreyfus' Best Quotes On Motherhood & Raising Her Sons
Lisa Marie Presley’s Daughter Posted A Beautiful Throwback Photo With Her Late Mom
Zoe Saldaña Shared A Rare Video Of Her Three Sons Recreating A 'Zoolander' Scene
What Parents Are Talking About — Delivered Straight To Your Inbox