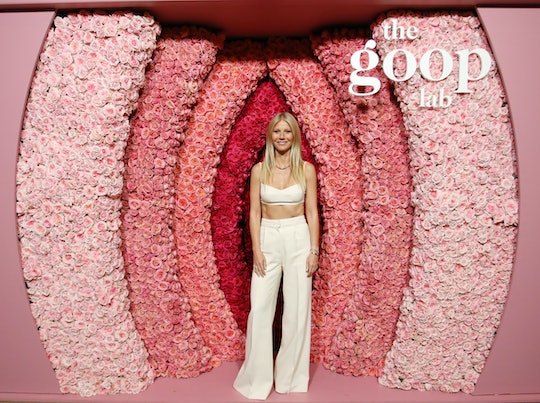 The 12-pack of diapers were said to be “infused with a scent of jasmine and bergamot for a revitalized baby,” and were expected to go on sale for $120 per 12-pack.

The internet was totally outraged with Gwyneth Paltrow’s luxury lifestyle brand Goop after the company posted an ad for a 12-pack of luxury, jewel-encrusted and scented diapers called “The Diapér,” and social media was horrified at the idea. Which, it turns out, was precisely the point. Paltrow explained the motive behind her luxury diaper stunt on Friday, and it’s actually kind of genius.

On Thursday, Goop dropped an ad for “The Diapér,” billed as a “disposable diaper lined with virgin alpaca wool and fastened with amber gemstones, known for their ancient emotional-cleansing properties.” The 12-pack of diapers were said to be “infused with a scent of jasmine and bergamot for a revitalized baby,” and were expected to go on sale for $120 per 12-pack. So $10 per disposable diaper. Social media users left incredulous messages on the ad like, “cool so $120 for 2 days worth of bathroom blowouts...” and “Omg/ fancy moms need to be even fancier and out of touch!”

It turns out sparking outrage was the intention all along. Because there is no such thing as “The Diapér.” It was a stunt Goop “designed to piss us off,” Paltrow explained in a follow-up video. “If treating diapers like a luxury makes you mad, so should taxing them like a luxury,” the Instagram post read. “Despite the absolute necessity of diapers, in 33 states, they aren’t treated as an essential item. They’re taxed as a luxury good. (We priced our fictional Diapérs at $120, because that is what the diaper tax could cost families annually.)”

Paltrow went on to point out that the distressing formula shortage happening across the country is making it even harder for families to afford diapers. “Right now, many families in need are also struggling as a result of the nationwide formula shortage.”

Mom of two Paltrow spoke out about her own privilege when it came to the cost of diapers when she welcomed daughter Apple and son Moses with ex-husband Chris Martin. “I never had to think about the cost of diapers, never once.” She did start to think about it when she spoke with other Goop employees about the fact that 33 states tax diapers as a luxury. Hence the luxury diaper stunt.

Hence Paltrow’s reminder to donate to Baby2Baby in an effort to provide diapers, formula, and essential items to family in need.

So now we know. The Diapér is fake. But don’t worry, Paltrow’s vagina-scented candle is still real.

More Like This
Cardi B Shows Us All How To Change Diapers With Long Nails In Helpful & Hilarious Video
Nick Jonas Gave Priyanka Chopra A Tree For Mother's Day & His Reason Why Is Really Sweet
Rihanna & A$AP Rocky’s Baby Is Here!
Kate Middleton Keeps Getting “Broody” Around Adorable Babies