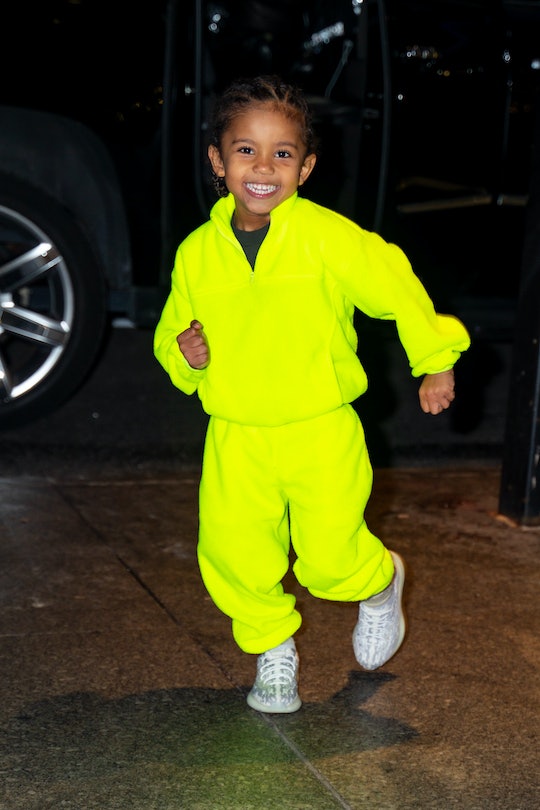 The 5-year-old is the spitting image of his mom and his dad.

Saint West is a whole vibe this summer! On Tuesday, Kim Kardashian shared a couple new snapshots of her 5-year-old son with ex-husband Kanye West on her Instagram. In the photos, the little boy is sporting a mischievous smile and even she can’t believe how adorable he is.

“Just how???,” Kardashian captioned the pictures of Saint, along with a heart eyes emoji and the sobbing face emoji. And the reality star’s fans agree. “He get it from his mama,” one fan commented, while another said, “He’s got his daddy’s smile.”

Kardashian and West, who also share 2-year-old son Psalm, 3-year-old daughter Chicago, and 8-year-old daughter North, filed for filed for divorce in February after six years of marriage. Though they’re separated and mostly live in different states — the rapper owns property in Cody, Wyoming while Kardashian lives in California — a source recently shared with People about that they take their co-parenting routine seriously.

“Kim and Kanye are spending time with the kids. Kanye has accepted that Kim wants a divorce. For a long time, it was very hard for him,” the source told the magazine. “He was disappointed. He has come around though. He wants the best for his kids. He is keeping things amicable with Kim so the kids can be happy. They have been spending time together as a family.”

And during this tricky time, it sounds like Saint and his siblings have been keeping busy. For Father’s Day, he and his siblings went to Mexico with their dad and then went to Rome with mom.

As he gets older, it’s clear that little Saint is a perfect blend of his parents and just one adorable kid. On Kardashian’s most recent photo of her son, his uncle Scott Disick commented, “Number 1 stunner.”