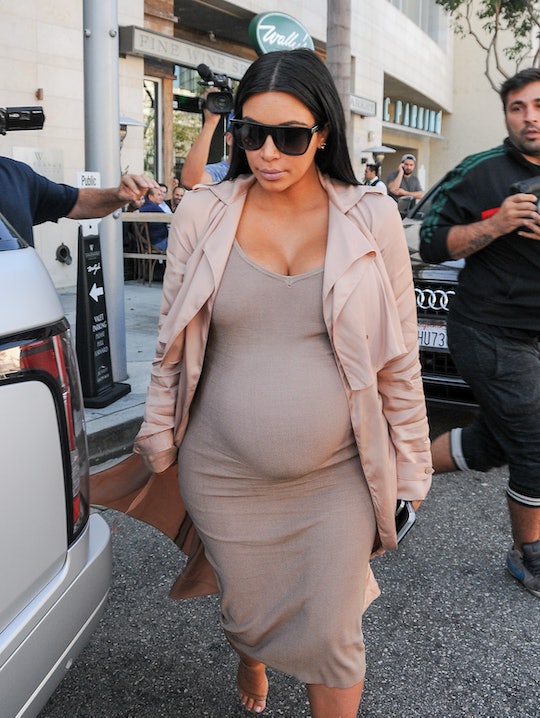 “They’d always compare me to Kate Middleton so it would say ‘Kate the waif and Kim the whale, the waif vs. the whale.’”

When Kim Kardashian was pregnant with her now 8-year-old daughter North, she happened to be expecting for the first time along with the Duchess of Cambridge. Two different women, two different countries, and as happens way too often, constant comparisons. The KKW mogul admitted during a recent interview that difficult, unkind pregnancy comparisons between her and Kate Middleton “killed my self esteem.”

During a recent chat on the We Are Supported by... podcast interview with Kristen Bell, Kardashian talked about the pressure she has often felt to look good, especially after she became a mom. “I was not a good pregnant person, I was not a cute pregnant person, I did not like it,” the mom of four explained. “I hated how I felt, I hated how I looked. And I was so used to seeing my mom pregnant, my sister [Kourtney] pregnant, and looking so cute.”

As if the comparisons to family members in her own mind wasn’t enough to deal with during her pregnancy, she also had to contend with frequently harsh and demeaning comments in the media. Particularly when it came to comparing her to Middleton at the time.

“The media really did brutalize me over gaining a lot of weight, there would be covers of magazines with me and Shamu,” she told Bell. “They’d always compare me to Kate Middleton so it would say ‘Kate the waif and Kim the whale, the waif vs. the whale.’”

Kim Kardashian spoke to Kristen Bell about body shaming during her pregnancy.

This isn’t the first time Kardashian has opened up about how damaging pregnancy comparisons were to her psyche. In March, she shared a series of posts on her Instagram Story to call out the media for the horrendous coverage of her pregnant body. “When I was pregnant with North I was suffering from preeclampsia, which made me swell uncontrollably,” Kardashian said Friday in a series of Instagram Stories captured by People. “I gained 60 lbs and delivered almost 6 weeks early and I cried every single day over what was happening to my body, mainly from the pressures of being constantly compared to what society considered a healthy pregnant person should look like — as well as being compared to Shamu the Whale by the media.”

Ultimately, all of that coverage led to Kardashian struggling with self-esteem. No two women are alike. Kate Middleton didn’t ask to be compared to anyone during her pregnancy, just like Kim Kardashian didn’t ask for it either. As if it’s not difficult enough just to be pregnant, the last thing any woman needs is to be harassed and criticized.