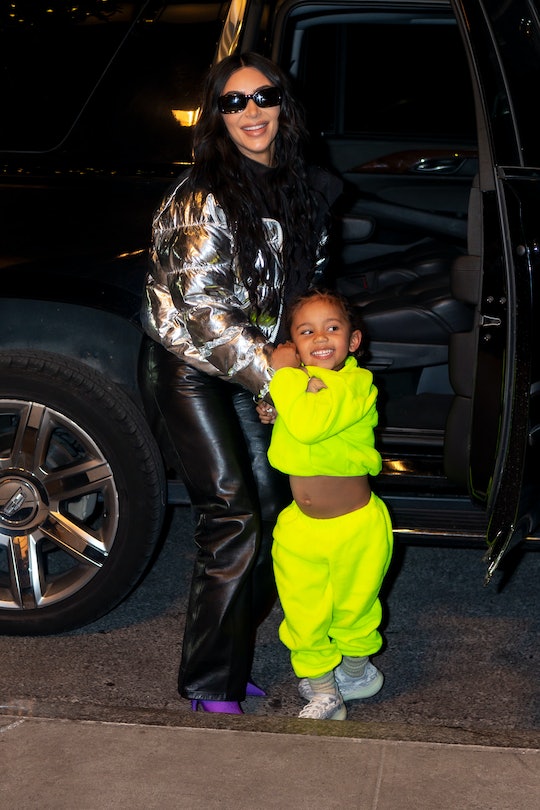 When your child is hurting, no parent is OK. You wish you could take all their pain away. And that’s exactly how Kim Kardashian is feeling after her oldest son Saint West broke his arm in several places this week. Ouch.

On Thursday, the SKIMS beauty mogul posted two pictures of the 5-year-old son on her Instagram Story where she explained that Saint “broke his arm in a few places today.”

“Who do you think cried more today?” the mom of four captioned the first picture, which showed Saint in a wheelchair, bandaged up. “I am not OK.”

The second photo on her Instagram Story showed a close-up of his arm in a cast. “Poor baby,” Kardashian captioned it.

Kardashian did not share how Saint broke his arm, but like any other mother, she is of course feeling worried for her kiddo. Saint is the second oldest child of Kardashian and her ex-husband, Kanye West. The two also share daughters, 8-year-old North and 3-year-old Chicago, as well as their 2-year-old son Psalm.

In a recent interview with Parents, the former Keeping Up With The Kardashian star talked about how it’s “so amazing to watch my kids grow and develop into their own people.” For Saint, at least, that includes a few bumps, bruises, and hopefully just one broken bone.