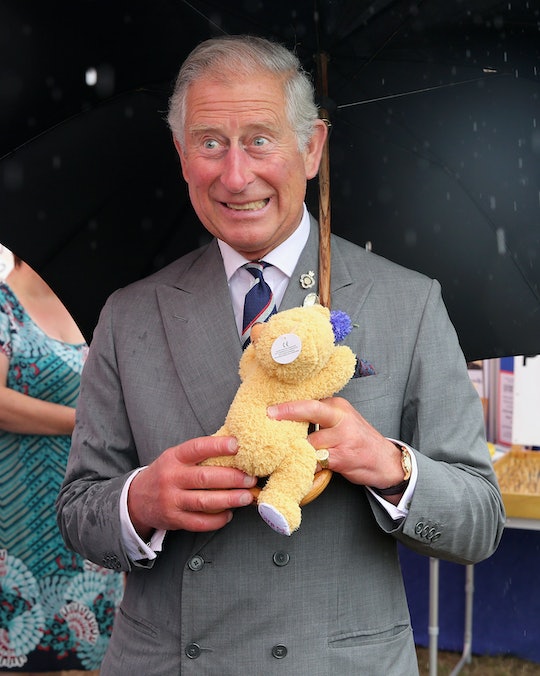 And, as rumor has it, his own personal toilet seat.

People who find themselves traveling a lot for work tend to develop little ways to make their time on the road more comfortable. Bring along a favorite pair of slippers, for example. Some cozy pajamas. Or, in the case of the new reigning monarch of the United Kingdom, pack away your childhood teddy bear. King Charles brings his favorite stuffy along with him when he travels, according to a royal biographer. And he makes sure any rips or tears are mended by one person alone — his childhood nanny.

Royal biographer Christopher Anderson told Entertainment Tonight all about how King Charles, father of two and grandfather of five, still likes to keep his favorite teddy bear close by on trips. “He still travels with a childhood teddy bear,” Anderson told the outlet on Tuesday. “He’s had it since he was a very small child. The only person who’s been allowed to mend King Charles’ teddy bear is his childhood nanny, Mabel Anderson, who remains very close to.”

King Charles is frequently given teddy bears to pass along to his grandchildren on royal visits, but fortunately for them, it seem he’s taken a particular shine to his own childhood teddy bear. Otherwise he might be nicking the ones meant for them.

King Charles’ childhood teddy bear is reportedly not the only unusual item he brings on the road to ensure his own comfort. Anderson also notes that the monarch travels with his own personal toilet seat, although it’s a claim King Charles has repeatedly denied through the years. His younger sister Princess Anne once gave him a white leather toilet seat for Christmas so he could have his “very own throne,” per the Daily Express, which does seem to confirm this rumor. Or it simply confirms that she was teasing him.

The new monarch is known to be quite discerning when it comes to his own comfort, which Anderson believes has a lot to do with King Charles’s childhood. “Charles has described his relationship with his mother [by saying] that she was cold and aloof,” the royal biographer told Entertainment Tonight, “that his father was a bully who hectored him, who made him cry in front of other people, physically bullied him."

If he wants to have an end-of-day cuddle with his childhood teddy bear, who are we to fault him for it?