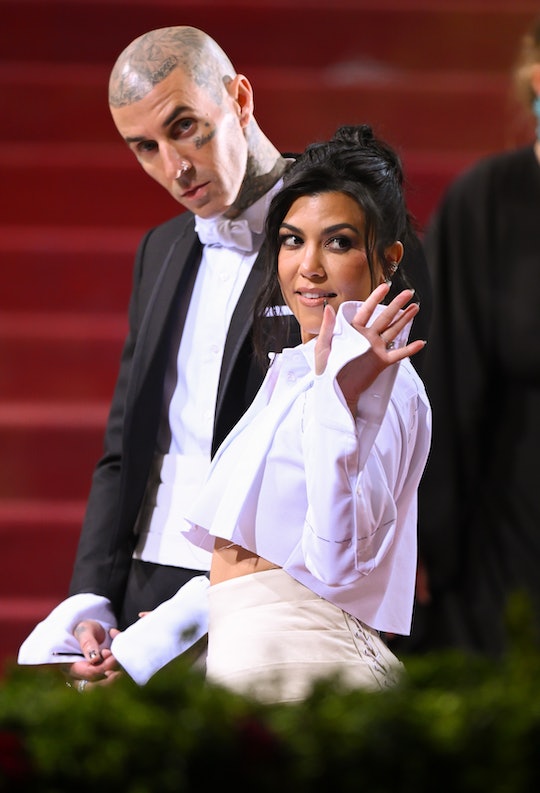 “I know that my mom made that decision, and it probably wasn't her best.”

When Travis Barker proposed to Kourtney Kardashian, he put so much thought into every detail. The Blink-182 drummer made sure the entire Kardashian/Jenner clan was on hand when he took Kourtney out onto a Santa Barbara beach covered in red roses at sunset and asked her to be his wife. Well, almost the entire family. Kourtney’s three children with ex-partner Scott Disick weren’t there, per Kris Jenner’s instructions, and it really marred an otherwise lovely moment for everyone.

Barker’s proposal was chronicled on Thursday’s episode of The Kardashians on Hulu, where fans saw Kris Jenner and four of her five daughters waiting on the terrace of the Rosewood Miramar Beach hotel in Montecito with other family and friends to celebrate Kourtney’s engagement. Also on hand were Barker’s three children, 23-year-old stepdaughter Atiana, 18-year-old son Landon, and 16-year-old daughter Alabama. Not there, however, were Kourtney’s three kids; 12-year-old son Mason, 9-year-old daughter Penelope, and 7-year-old son Reign.

Why? Because Kris was worried about how Scott would feel about it. “For us to have to lie to Scott and get them here under false pretenses would have been really hard for all of us,” Kris said. In fact, the whole family seemed to be very concerned about Scott and how he might react to Kourtney’s engagement. Perhaps forgetting that it was a special day for Kourtney to share with her children.

It was a special moment for Kourtney, who called the beachfront proposal “like a fairytale” in a voiceover on the episode, admitting, “I never dreamed about getting married until Travis.” Still, it bothered her that three important people were not included.

“I do wish that my kids were here,” Kourtney said after the fact, getting emotional. “I think it would've made them feel more included in the decision and part of the surprise.”

“I know that my mom made that decision, and it probably wasn't her best,” she added.

The mom of three asked everyone in the room how she should tell her kids before they saw the engagement on the internet, and realizing she had missed calls from Penelope she went to FaceTime her daughter.

While the rest of the family was worried about Scott’s reaction to Kourtney’s proposal, she was worried about her kids. She missed her kids being there, and hopefully she was able to find a nice moment to share her happy moment as a family.