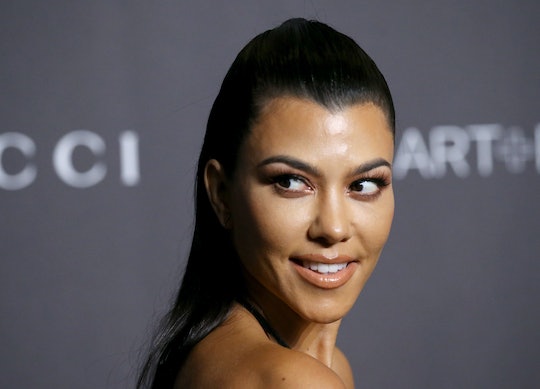 When a troll commented on an Instagram, “You’re finally with your kids,” the former reality star had the best response.

It’s so deceptively easy to look at someone’s social media feed and think you have the full picture of what their life looks like. To see a mother out having the time of her life and making the assumption that she does not spend time with her kids based on a few curated snapshots. And Kourtney Kardashian just issued a reminder that social media is not, in fact, real life. Especially after a troll came after her and said she was “finally” spending time with her kids based on one Instagram post. The mom of three had zero time for that nonsense.

Kardashian took to her Instagram on Wednesday to share some gorgeous photos of her riding horses on a beach at sunset with two of her three kids, 9-year-old daughter Penelope and 6-year-old son Reign, whom she co-parents with her ex Scott Disick. Not pictured were her 11-year-old son Mason nor the three children of her fiance Travis Barker, 22-year-old Atiana, 18-year-old Landon, and 15-year-old Alabama.

Instead of simply commenting something kind like so many other followers, one troll wrote, “oh wow you’re with your kids finally????”

Kourtney Kardashian had a great response for a troll.

She received resounding support from her followers, one of whom noted that it was “Weird how some ppl think a woman can't be with her kids & her fiancé.” Another social media user agreed, “super weird that someone would try to guilt u for having some healthy adult time.. and even weirder for someone to think your life is just what’s in TV and/or SM.”

While Kardashian certainly doesn’t owe anyone an explanation about what she posts on social media, it seems important to note that she has shared several posts with her kids recently, including their Halloween costumes (Penelope was Cher from Clueless while Reign was Pennywise from It) alongside loved-up posts from her recent engagement to Travis Barker.

Because it turns out a mother is allowed to have adult relationships alongside her role as a parent to her children. Kourtney Kardashian doesn’t need to justify herself to anyone, but I’m glad she did. Now she’s given other moms a simple, terrific response when they are questioned for the same reason.

More Like This
Ginger Zee Had A Perfect Response After A Troll Asked Her "Who's Raising Your Kids?"
Jenny Slate Played Our Parenting Edition Of Never Have I Ever & Here’s What We Learned
Kim Kardashian Had To Pause A TV Interview To Shush Her Noisy Sons In The Audience
Janet Jackson's Son Eissa Is A Little Musical Prodigy In The Making