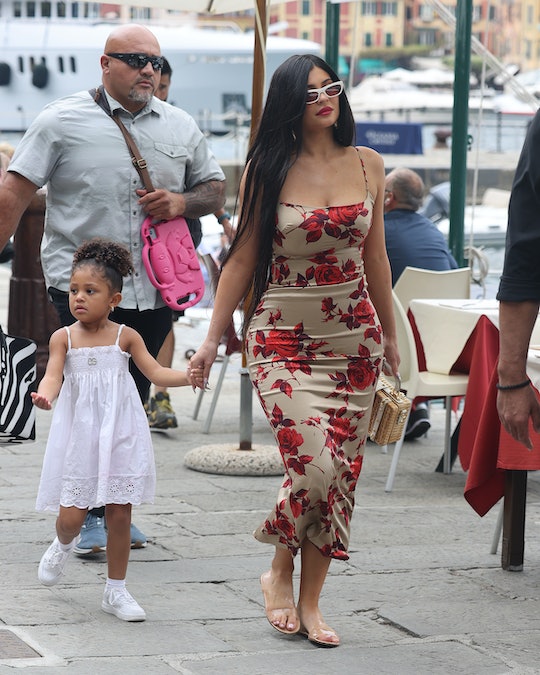 Kylie Jenner is out there just being a regular mom and aunt these days. The Kylie Cosmetics mogul took her 4-year-old daughter Stormi and two of her nieces out for an afternoon of shopping at Target, and one thing we know for sure — those girls were not interested in shopping for some white bowls. Not at all.

“Where are we going girls?” Jenner calls out to them, with the three girls answering in unison “Target!” Once inside Target, Jenner takes the girls past the housewares section and asks, “You guys don’t want to get any bowls?” They respond together, “No!” in response, because what child ever wants to shop for housewares even though it is obviously very fun.

They eventually make their way to the toy section, looking through the L.O.L. Surprise OMG dolls before heading to the checkout with an impressive haul. You know, just a regular mom doing regular stuff at Target.

Jenner, who also shares a 4-month-old son previously named Wolf with partner Travis Scott, really rattled her millions of followers with her appearance at Target. “bucket list goal is a target run with kylie jenner,” wrote one follower, while another added, “Imagine meeting THE Kylie Jenner in target.”

As so frequently happens with this famous family, Jenner’s video comes on the heels of controversy. The Kardashians star was called out recently for an Instagram post featuring her private plane alongside her partner Travis Scott’s matching private plane with the caption, “You wanna take mine or yours?” Critics accused Jenner of disregarding climate change by using her private plane for casual trips, and it was made worse when the Twitter page Celebrity Jets reported that she used her plane for a three minute trip. Yikes.

Maybe she was on her way to Target, who knows? All we can know for sure is that Kylie Jenner has a private plane but also loves a Target run with her daughter and her nieces. I guess you could say she’s a woman who contains multitudes. And she’s really got that high/low vibe on lock.