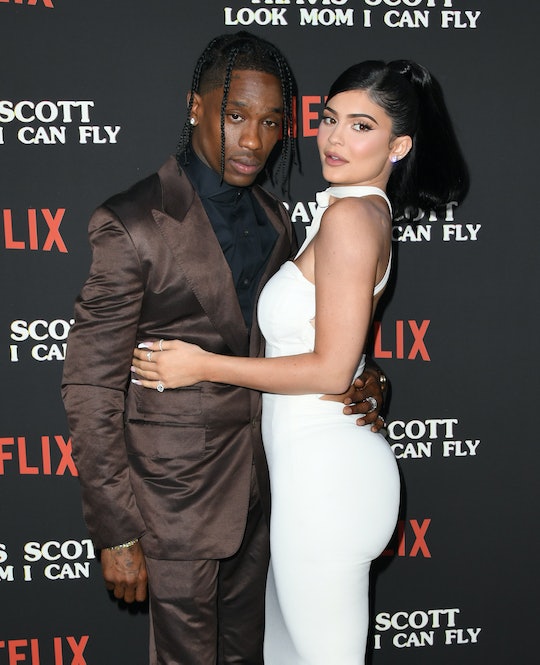 “We just really didn't feel like it was him.”

Kylie Jenner and Travis Scott have decided that their baby boy doesn’t really seem like a “Wolf” to them after all. The Kylie Cosmetics mogul took to her Instagram Story to casually let fans know that “fyi, our son’s name isn’t Wolf anymore.” No word yet on whether they are sticking with Stormi for their 4-year-old daughter, but I think it’s safe to assume she’s not changing any time soon. She’s probably gotten pretty used to it, after all.

Jenner and Scott welcomed their son on Feb. 2 and within days they shared their little boy’s very unique name: Wolf Webster (as Scott’s real last name is actually Webster). Now that the parents have had several weeks getting to know little Wolf, it seems the name doesn’t quite cut it. In an Instagram Story the proud mom shared on Monday, Jenner casually dropped the news that her son was no longer a little Wolf. “FYI our son's name isn't Wolf anymore," she wrote. "We just really didn't feel like it was him. Just wanted to share because I keep seeing Wolf everywhere.”

No word yet on what the baby’s new name might be. We will have to wait and see. I’m hoping for another animal name like Coyote or Dolphin or something.

Along with the news of Wolf’s name change, Jenner shared a YouTube video called “To Our Son,” much like the mini documentary she created to introduce the world to her daughter in 2018 called “To Our Daughter.” The video documented Jenner’s pregnancy, from sharing the news that she was expecting with Scott, to getting baby bump kisses from Stormi (who was clearly overjoyed to become a big sister), her gorgeous baby shower complete with a “wishing tree” for guests to share their hopes for her baby and sweet messages from family, and finally the sweet boy’s arrival.

While it might seem unusual for a name change weeks after giving birth, it was actually something Jenner’s older sister Kim Kardashian considered after she gave birth to daughter Chicago in 2018. She shared the news on her KKW website that she was choosing to call her daughter Chi because the longer Chicago “just didn’t flow.”

So really, Kylie Jenner just took her sister’s idea to the next level.

More Like This
Tan France Reveals The Incredible Care Package Gigi Hadid Sent For Baby Ismail
Ed Sheeran Just Revealed He's A Dad Of Two With The Sweetest Instagram Announcement
Rihanna & A$AP Rocky’s Baby Is Here!
Cardi B Shows Us All How To Change Diapers With Long Nails In Helpful & Hilarious Video