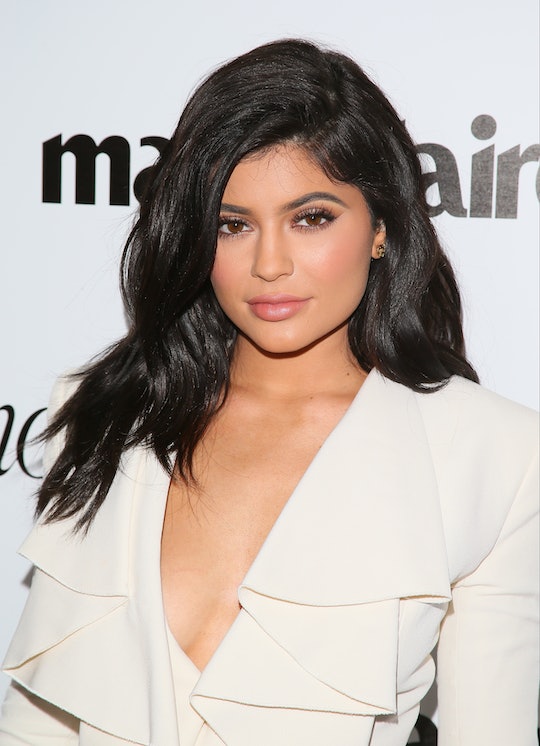 Of course this kid is already an icon.

The world got another Kardashian to keep up with last week. Well, technically a Jenner. Well technically technically a Webster-by-way-of-Scott. All this to say: Kylie Jenner has given birth to a baby boy! Jenner made the announcement on Instagram (as is her wont) on Feb. 6. This is her second child — who joins big sister Stormi, 4 — with rapper Travis Scott.

Because this is the Kardashian-Jenner clan, a family known for keeping social media followers enraptured by eking out only bits of information at a time, info on the new baby has been slow. But in her Instagram stories on Feb. 11, Jenner did share an exciting snippet of information — her new baby boy’s name. On a dark background with just white text, she wrote Wolf Webster with a heart emoji, giving her little one the coolest name.

And other than the name, the only information we’ve been given so far is a photo of the infant’s tiny hand being held by an older child’s hand (presumably his sister Stormi), and we know the baby has a very cool birthday of 2/2/22.

But that’s about it in terms of actual information. Jenner and Scott have not yet shown pictures of the baby’s face or any details about Jenner’s birth experience. And while the couple is entirely entitled to keep that information to themselves for as long as they wish, based on past media strategies from the Kardashian-Jenners, we’ll likely be privy to some more details in the coming weeks.

Now that we know the baby’s name is Wolf, we can compare some of the theories fans had about the child’s name based on clues in the comments section. Noting that Grandma Kris Jenner commented “Angel pie,” big sister Kim Kardashian posted an angel emoji next to a blue heart emoji, and friend Anastasia Karanikolaou wrote “angel baby.” An embroidery hoop with the words “Angel Baby” stitched on it was also photographed at Jenner’s giraffe-themed baby shower in January. It wouldn’t be the first time the media family has dropped hints on social media, but it turns out this little guy’s name isn’t Angel. Wolf Webster sounds pretty cool with big sister Stormi if you ask me.

In addition to having a super cool birthday — all those repeating twos are so on brand for a quirky Aquarius baby — there’s an even sweeter coincidence at play. Feb. 2 is just one day after Stormi’s birthday. We’re already imagine the multi-day birthday bashes over at Kylie’s house in the future!

This article originally stated that Feb. 2 was a Tuesday and has been updated to correct that error.

More Like This
Kylie Jenner Shared A Precious Photo Of Her Baby Boy Snuggled On Travis Scott's Chest
Patrick Mahomes & Brittany Matthews Reveal They're Expecting A Baby Boy In Sweet Video
Nick Jonas Shared A Rare Photo With His Daughter Malti In The Cutest Matching Shoes
Can You Do Zumba While Pregnant? Experts Weigh In

This article was originally published on Feb. 7, 2022