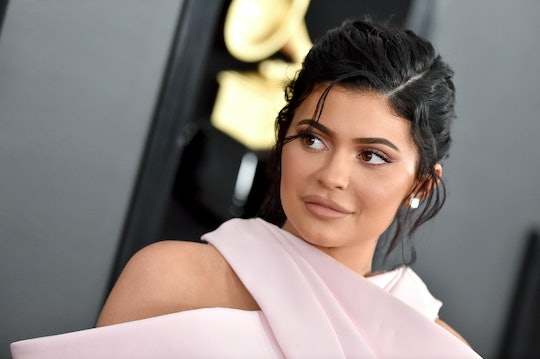 Not quite your average Kardashian/Jenner gala!

Kylie Jenner’s pregnancy with her second child was recently cause for celebration with a gorgeous baby shower. The expectant mom shared several photos from a giraffe-themed baby shower ahead of the birth of her second baby with boyfriend Travis Scott, and while the event was as elegant as you might expect, it was also all about those personal touches. Guests apparently were even given the opportunity to get a little crafty with a cross-stitch, which feels much more homespun than your average Kardashian/Jenner gala.

The Kylie Baby mogul, who is already mom to 3-year-old daughter Stormi Webster, offered a behind-the-scenes look at her shower with nine photos, although she didn’t say exactly when the baby shower had taken place or who was in attendance. TMZ reported back in December that a “low-key” baby shower had already taken place with Jenner’s older sister Khloé Kardashian acting as host.

The baby shower from Jenner’s post on Instagram, where guests appeared to be dressed in white and gold complete with golden carved giraffe statues and flowers everywhere, looked slightly more lavish than a low-key party. The expectant mom wore a form-fitting white long-sleeved dress and received some impressive-looking gifts, like a stroller and matching diaper bag from Christian Dior and several gifts from Tiffany & Co.

Still, there looked to be a very personal element to this baby shower. Like beautiful blankets with guests’s names embroidered on them hanging over the back of chairs, for instance.

Guests were also given the chance to get crafty at what looked to be an actual cross-stitch station, where they made beautiful homemade presents for Jenner and her second baby with messages like “Love,” and “Angel Baby.”

Jenner’s boyfriend Scott appeared to be on hand at the baby shower as well, with the mom of two sharing a table setting for him with his name written on a wooden giraffe. As for Jenner’s family, mom Kris and grandmother MJ were both in attendance and posed for a photo with the mom-to-be.

The couple have yet to share their exact due date or the sex of their baby, which Jenner admitted in an interview with Vogue she didn’t even know back in August. This has naturally has led her fans to speculate about both. Some fans seem to believe that she has already welcomed her second baby, but she is keeping things private for now.

Kylie Jenner’s baby shower looked like a lovely blend of glamour and old-fashioned crafting. So essentially a perfect night for any mom, expectant or otherwise.