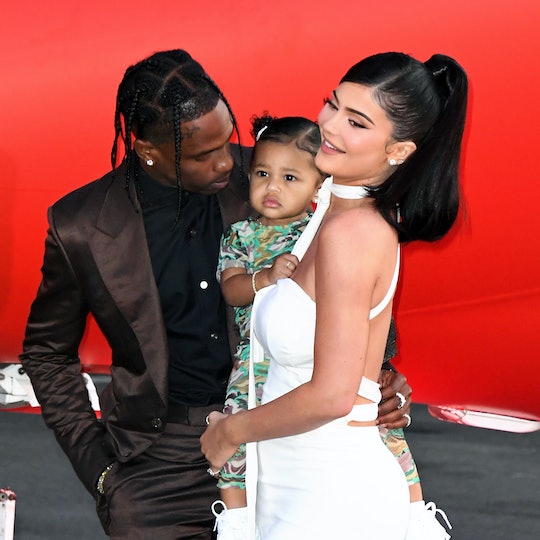 “To the girl that changed my whole world.”

It’s been four whole years since Kylie Jenner basically broke the internet by announcing she and boyfriend Travis Scott had welcomed their baby girl, Stormi Webster, to the world. Four years of seeing the Kylie Cosmetics mogul find her way as a mom, and four years of watching little Stormi grow into the sweet little girl she is today. Kylie’s birthday post to her little girl this year feels extra special, however, simply because this will be Stormi’s last birthday before she becomes a big sister. And the significance is not lost on her mom.

Kylie first announced that she and Stormi’s dad, rapper Travis Scott, were expecting their second child together in September. Which was a pretty big deal considering she never once acknowledged her pregnancy with Stormi, preferring instead to enjoy her pregnancy in private and announce when she had given birth on Feb. 1 with an intimate home movie on YouTube called “To our daughter.”

On Tuesday, Kylie commemorated that special occasion with a black-and-white photo of her and Travis hugging their daughter and the caption, “our baby is 4 🤍 happy birthday to the girl that changed my whole world.”

The proud mom wasn’t the only member of the family to wish Stormi a happy birthday, with grandmother Kris Jenner and aunts Kim and Khloé chiming in with their own well wishes.

The occasion of Stormi’s birthday was the first time the pregnant mom shared a personal post on her Instagram feed since her sweet and crafty baby shower for her second baby in January. Since then, she has kept a low profile, leading some of her followers to speculate that she had already welcomed her second baby. Neither Kylie nor any other member of her family has shared her due date for her second baby, nor the baby’s sex, and the Keeping Up With The Kardashians star does have a history of playing her cards rather close to her chest when it comes to her pregnancies.

Whether or not Kylie has given birth, one thing is certain; she wanted a day to celebrate the little girl “who changed my world.” Wanted to give her a day that was all about her and not necessarily about her pregnancy. And this is the secret to parenting more than one kid, perhaps. A little individual attention when needed.