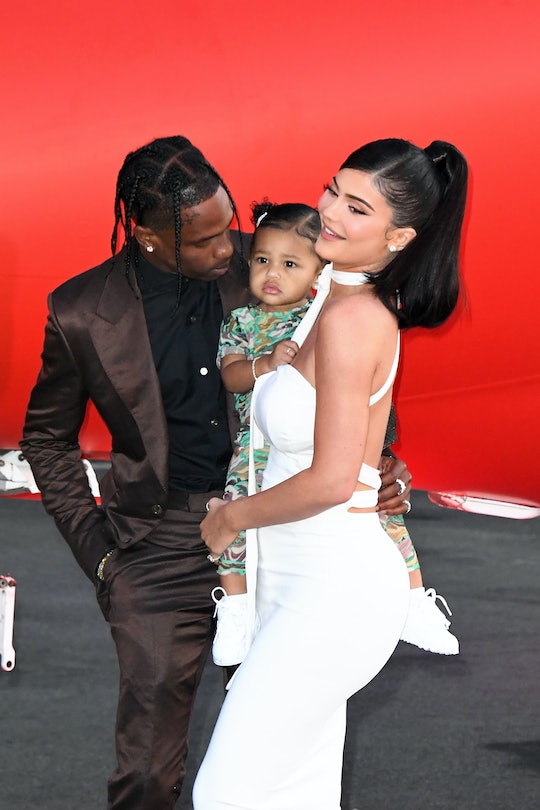 Stormi Is Reportedly “So Excited” To Be A Big Sister

Kylie Jenner’s little family with Travis Scott is too cute.

Sounds like Stormi Webster is going to be a big sister! Three years after welcoming their first child together, several sources confirmed to People and TMZ over the weekend that Kylie Jenner is pregnant and expecting her second child with her on-again-off-again partner Travis Scott. But just as they did with Stormi back in 2018, the couple has not publicly commented on the news. Even so, that hasn’t stopped fans from getting excited.

Baby #2 Is Reportedly On The Way

Several sources confirmed to People and TMZ that Jenner is in the “very early stages” of her second pregnancy. According to TMZ, Jenner and Scott don’t know the sex of the baby and the Keeping Up With The Kardashian’s star’s due date also isn’t known.

A source told Page Six that the entire family is “thrilled” over the news and that Stormi is so ready to be a big sister. “Stormi is fully aware there is a baby coming and she is so excited,” a source told E! News. “She is always asking questions and wanting to touch Kylie’s stomach, it’s really cute.”

While this news might come as a shock to some, others have suspected this was coming. Some fans suspected that Jenner might be pregnant after she had a low-key birthday celebration in August this year while others found it alarming that Jenner’s relatives only posted throwback photos of herself on her birthday.

Of course, until Jenner sets the record straight herself (or, who knows, posts an emotional video on Super Bowl Sunday revealing that she already gave birth or something like that), nothing is certain.

Jenner and Scott’s daughter Stormi was born in February 2018, after months of speculation that she was pregnant. The new mom confirmed her big news in a statement on Instagram after Stormi’s birth, noting that she kept things a secret for her health and the health of her baby. “I knew my baby would feel every stress and every emotion so I chose to do it this way for my little life and our happiness,” she wrote at the time.

Two days after making her big announcement, Jenner revealed that they named their daughter Stormi, becoming the most liked Instagram post at the time.

In the three years since, Stormi has grown up to be a happy, bubbly, and spunky little girl full of personality who’s handy in the kitchen and even has her own office space inside of the Kylie Cosmetics headquarters. And who knows? Maybe Stormi will prove herself to be a huge help as the best big sister ever.

Kylie Jenner & Travis Scott First Got Together In 2017

Rumors started swirling about a possible romance after Jenner and Scott were spotted getting cozy at Coachella in 2017. While Jenner and Scott have rumored to be dating on and off again over the years, it’s clear that they really prioritize their roles as parents. “We have such a great relationship,” Jenner told Harper’s Bazaar in February 2020. “We both love Stormi and want what’s best for her. We stay connected and coordinated.”

In the past few months, the two have shown each other love, though it’s not 100% clear what their current relationship status is. On Scott’s birthday, Jenner shared a photo of the rapper with Stormi on her Instagram Story and wrote, per Us Weekly, “Happy birthday @travisscott!!! Stormis daddy.” And in June, Scott gave Jenner and Stormi a sweet little shout-out at an event. “Stormi, I love you and wifey, I love you,” he said at the time.

Whether or not they’re expecting another child together, it’s clear that they’re obsessed with being Stormi’s parents.