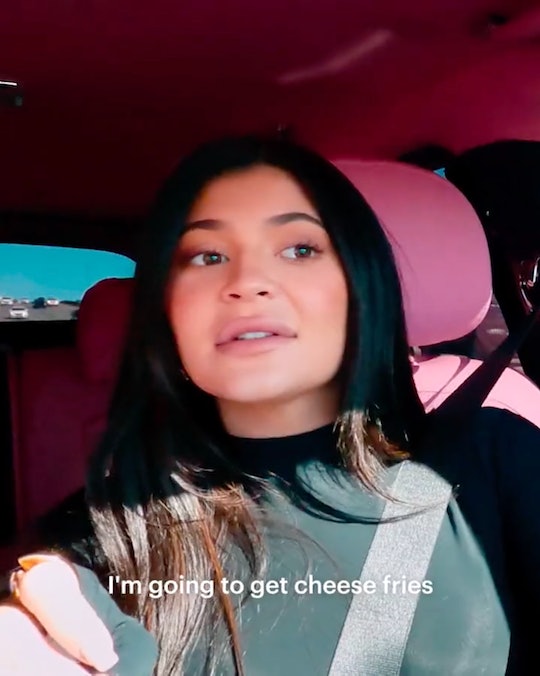 “I need my snacks. Do you have my snacks anywhere?”

When Kylie Jenner was pregnant with her baby boy, born Feb. 2, she had major food cravings. The Kylie Cosmetics founder, who is also mom to Stormi, 4, with Travis Scott, suddenly felt nauseous and needed a snack — right now! — while waiting in a fast-food line, according to the latest episode of The Kardashians, which premiered on Hulu today. This video will make you feel seen!

In Season 1, Episode 3 of The Kardashians, “Live From New York,” Kylie and Kendall Jenner are in the car when they decide to stop for a bite to eat at In-N-Out Burger. She may be driving a Rolls Royce and sitting in pink leather seats, but her pregnancy cravings are all too relatable.

When they pull up to the fast-food joint, Kylie says, “I need my snacks. Do you have my snacks anywhere?” They are right outside In-N-Out Burger, but pregnancy hunger pains wait for no one.

“Snacks?” asks Kendall. “I always have snacks in the car,” Kylie responds. “Do you see snacks? Bowl of snacks?” The urgency is so real. “Um, I don’t think so,” answers Kendall. The sisters are literally in line at In-N-Out Burger, about to order, but Kylie is still obsessed with finding the snacks. Anyone who has been pregnant can relate to those intense feelings that wave between hunger and sickness, making this moment so much funnier.

“Kylie, we’re at the food place!” says Kendall. “I know, but I think I’m gonna throw up,” she responds. “Seriously?” Kendall says. Kylie adds, “I don’t know, I’m getting a little nauseous.”

Kendall reaches in the back and pulls out a basket filled with snacks. (As a side note: this is a genius idea!) Kylie grabs a bag of chips and lets out the most decadent sigh after opening them. This is the ultimate sigh of contentment that every pregnant person can relate to: the moment you finally get to eat!

Kylie hasn’t publicly shared photos of her son’s face, who was born with the name Wolf before his parents decided to change it, although she did share a glimpse of his cute fashion on Easter. Here’s hoping we get a glimpse of the little cutie in a future episode of The Kardashians!