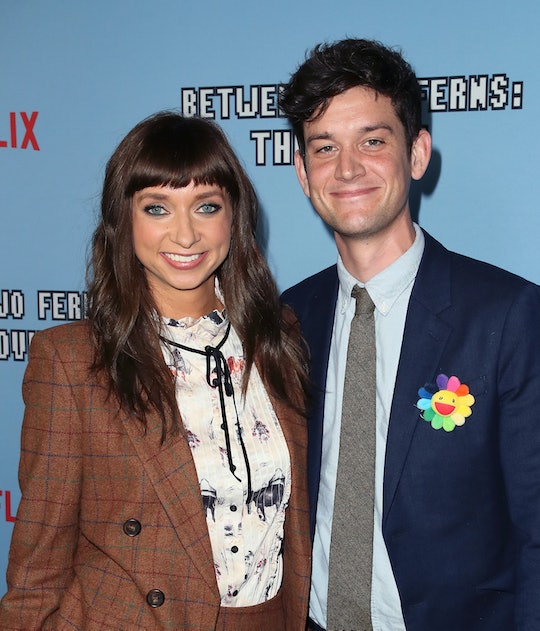 “So grateful and happy.”

With a sweet family photo on Instagram, Orange Is The New Black actress Lauren Lapkus announced that she’s pregnant and expecting a baby girl with her husband, actor Mike Castle. The 35-year-old comedian also shared that her daughter, who’s due this summer, is a “rainbow baby” for the couple.

“We are expecting a baby girl this summer,” Lapkus captioned a photo showing her growing bump while she looks at Castle who’s holding their dog. “I am over the moon. So grateful and happy.” Lapkus added “#rainbowbaby” to her post, which is a term used for a baby born after a loss, miscarriage, stillbirth, or death in infancy.

On Castle’s announcement post on Instagram, he shared a photo of him wearing a sweater that says “Dad” while standing next to his very pregnant wife. “Can you even believe it?!” he captioned the post. “Baby girl on the way this summer. #rainbowbaby.”

The couple’s famous friends and fellow celeb parents quickly took to their posts to congratulate them on their exciting news. “Oh, honey!” comedian Chelsea Handler commented. “Look at all the love!”

“So excited for you guys!!!!,” new mom Ashley Tisdale also commented. And dad of two Neil Patrick Harris wrote, “Congratulations! We’ve never met, but having listed to you and enjoyed you immensely, I suspect you’ll be an amazing mom. Xo.”

Lapkus and Castle got married in an intimate courthouse ceremony in 2018, according to Entertainment Tonight. Castle, an actor who starred in the Netflix series Brews Brothers, gushed about his wife to People last year. “She’s just so fun and cool to be around...I couldn’t believe how funny she is,” he told the magazine.

It’s hard to predict, but it’s pretty much guaranteed that their baby girl on the way will be hilarious and talented just like her parents.