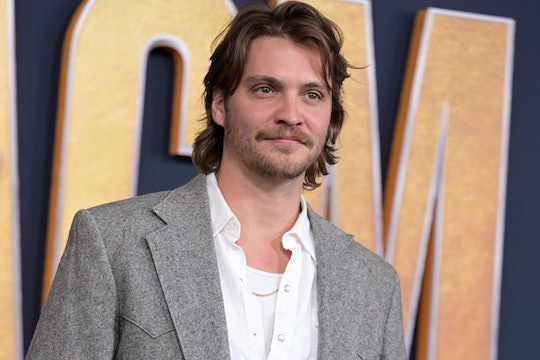 Luke Grimes Embraces That Yellowstone Lifestyle With His Wife

The actor lives in Montana with his wife, Bianca.

It’s easy enough to watch Yellowstone on Paramount+ and convince yourself that the Duttons really are a family. They’re just so good at pretending to love/hate each other and acting out their roles. For instance, Luke Grimes does a bang-up job of playing rebellious, complex Kayce Dutton. A man who struggles with finding his own path and loyalty to his family. Grimes as a real man doesn’t seem to have that problem. He protects his family’s privacy in an effort to keep them out of the public eye, and it’s clearly working.

Grimes grew up in Ohio.

Grimes was born in Dayton, Ohio as the youngest of four kids to mom Angie and dad Rev. Randy Grimes. His siblings don’t appear to have a presence on social media, which is really saying something considering it’s 2022. As for Grimes himself, he moved to New York City after graduating from the Christian High School in 2002 to attend the American Academy of Dramatic Arts. So I guess Yellowstone fans know who to thank for his amazing performance as Kayce. He had to learn it somewhere.

In 2018, Grimes married model Bianca Rodrigues and the two have been together ever since. Neither Rodrigues nor Grimes offers up any extra information in interviews about how they met, but we do know they were married on Nov. 21 simply because Rodrigues, the only one of them to have social media, posts a yearly anniversary picture of them being beautiful together.

They love that Yellowstone, mountain lifestyle.

Grimes and Rodrigues actually moved to Montana to live full time, and he told Gold Derby that he credits his work on Yellowstone with helping them “fall in love” with the lifestyle. “So I’ve ended up moving to Montana, and now I live there. I live where we shoot the show, which I might not have found without being up there so much and seeing that world through the eyes of this character and then actually really for real falling in love with the lifestyle.”

Luke Grimes seems to have it all figured out. Working and living in Montana with the woman he loves. A private family life. and a role in one of the biggest television series around right now. Yellowstone, which returns on Nov. 13 on Paramount+ in case you forgot.

More Like This
Kim Kardashian Stars In Hilarious House Of The Dragon Parody, The Targashians
Lifelong Teacher Dr. Jill Biden Loves Watching Abbott Elementary Too
10 Parenting Lessons From Abbott Elementary That You'll Want To Write Down
'The Proud Family: Louder & Prouder' Is Returning For Season 2 On Disney+