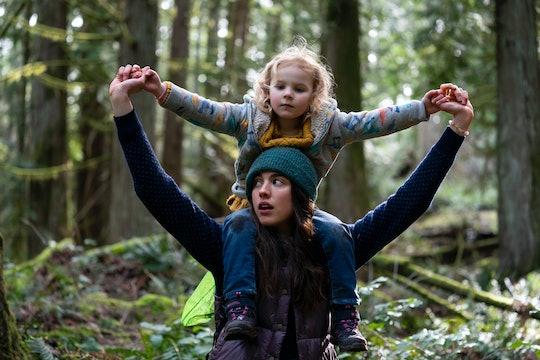 When Maid Premiered, The Domestic Violence Hotline Got A Record Number Of Calls

The highest the hotline has seen in 25 years.

When Maid premiered on Netflix in October, which is also National Domestic Violence Awareness month, it changed lives. Not just the life of author Stephanie Land, who wrote the memoir that inspired the limited series about a young single mother trying to escape a domestic violence situation. But Maid also appears to have lit a fire in other victims. In fact, victims reached out to the National Domestic Violence hotline in record numbers the very month Maid premiered.

In Maid, Alex flees an emotionally abusive situation with her young daughter in the middle of the night with very little money, no job, and no support. Despite the courage it took for her to flee, she struggles to identify herself as a “victim” since her partner did not, in fact, strike her. An issue many victims of emotional abuse and other forms of non-physical abuse can relate to, particularly when their abuser gaslights them and makes them doubt their own version of events.

“Gaslighting someone or undermining their sense of self-worth is abuse,” Crystal Justice, chief external affairs officer for the National Domestic Violence Hotline, explained to TODAY. “Isolating someone from their family, friends and support systems is abuse. Limiting their access to finances or preventing them from working is abuse.”

The National Domestic Violence hotline worked with Netflix in an effort to ensure that victims of emotional abuse watching Maid would have access to resources. In fact, Justice told TODAY the hotline saw its highest number of calls in a single month in its 25-year history in October 2021 — the month Maid premiered.

While the significant uptick in calls in October was not directly attributed to Maid by the National Domestic Violence hotline, the realistic series seemed to make a big difference simply by depicting what emotional abuse can look like from someone who has experienced it in real life. When a person is being emotionally abused, it can be trickier to pinpoint the signs. The hotline has shared a list of signs to look for in relationship abuse including:

The Covid-19 pandemic saw a rise in domestic abuse across the world. And in October 2021, more victims reached out for help on the National Domestic Violence hotline than nearly any other month in its 25-year history.