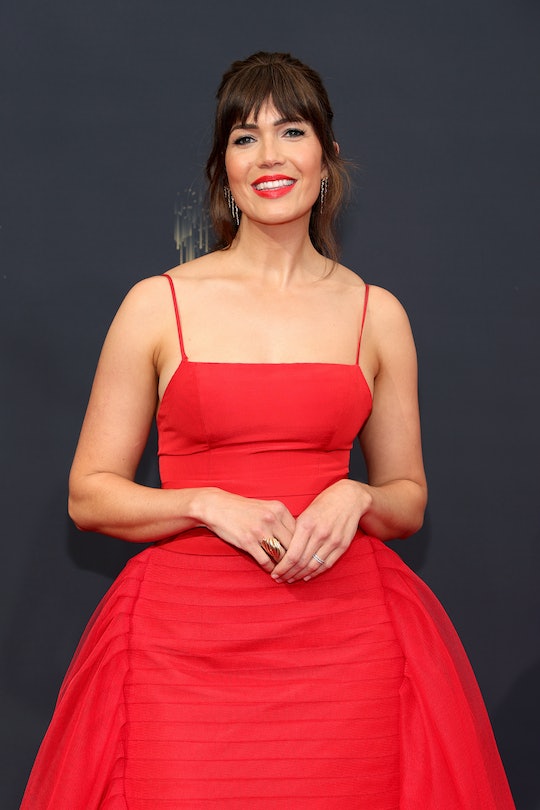 New mom Mandy Moore made sure to bring her “MVP” accessory to the 2021 Emmys. The actress, who plays a mom to the “Big Three” on the hit NBC drama This Is Us, shared a behind-the-scenes photo on her Instagram Story of her breast pump before she hit the red carpet.

“Tonight’s MVP accessory,” Moore captioned the photo of her Motif breast pump on her Instagram Story. The mom of one did not give any glimpses of her outfit or makeup before walking down the red carpet on Sunday night, but she did give credit to her breast pump for coming in handy while prepping for the awards show.

Earlier this year, Moore and her husband Taylor Goldsmith welcomed their now 7-month-old son August “Gus” Harrison Goldsmith in February. “Gus is here,” she wrote in the caption of the Instagram post announcing his birth.

In the months since welcoming her son, Moore has been open about her breastfeeding journey, noting on Instagram in August that it hasn’t been “smooth sailing” the entire time due to clogged ducts and pumping at work (or while attending the biggest night in television).

Moore has said, however, that she has been “lucky” since breastfeeding has been “relatively easy” for her. “He latched immediately,” she said during an appearance on the Informed Pregnancy Podcast in March. “I haven’t had any issues with supply. He is a hungry, well-fed dude. He’s a great feeder, he’s a great sleeper. And that really hasn’t been an issue thus far, and I’m grateful for that.”

Although Moore was not up for any awards at the Emmys on Sunday night, she might as well have won the reward for “Most Prepared Mom.” And while the Academy of Arts and Sciences doesn’t normally hand out “Most Valuable Player” awards during the broadcast, Moore’s breast pump should get an honorary trophy.