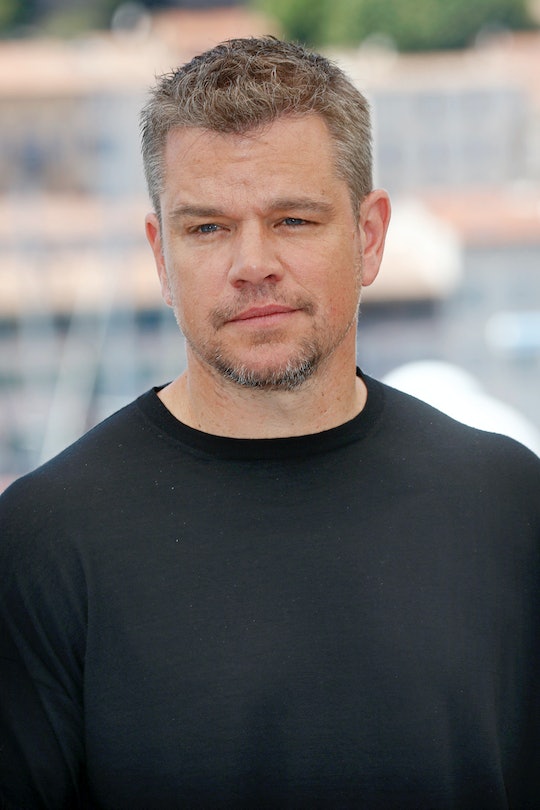 “She doesn’t want to see any movies I’m in that she thinks might be good.”

If you ever hope to impress your kids, the answer is just don’t. Don’t try. It won’t happen. If Matt Damon’s daughter refuses to watch Good Will Hunting, despite the fact that he won an Oscar for writing the screenplay, you should just give up now and not bother. These kids we all adore to distraction are impossible to impress.

Damon and his wife Luciana Barraso have four daughters together. Barraso’s 22-year-old daughter Alexia from a previous relationship, 15-year-old Isabella, 12-year-old Gia, and 10-year-old Stella. Isabella seems to be the daughter who is holding out on giving her famous father any form of kudos for his body of impressive work.

In a recent interview with CBS Sunday Morning, the Stillwater actor discussed being connected to Good Will Hunting by fans even now, 24 years after it came out. Well, fans who aren’t his daughter Isabella. “Fewer and fewer, you know, younger people don’t know it as much,” he explained, then mentioning one younger person in particular. “You know, my 15-year-old refuses to see it. She doesn’t want to see any movies that I’m in that she thinks might be good.”

Watching one of her dad’s movies that she considers less than great is not a problem for Isabella, however. “She just likes to give me s**t.” Case in point, “My daughter said, ‘Hey, remember that movie you did, The Wall?’ I said, ‘It was called The Great Wall.’ She said, ‘Dad, there was nothing great about that movie.’”

Isabella fully set her dad up with that one, almost like she was really putting thought into how best to mock him. That’s something. Maybe she’s just getting him back for all of those free toys he and her mom apparently gave away. In 2017, Damon told TODAY Parents that his kids often received boxes of free toys they never got to open. “They don’t need anything. So we send everything on to people who need it,” he explained at the time. “When people send stuff to my kids, my kids have everything they need so we pass it right on. This is the life we’re giving them. It’s hard to figure out how to try to give them perspective. It’s a source of tension in the family at times.”

So Isabella’s refusal to watch Good Will Hunting could be sweet, sweet revenge. Or she could just be a regular teenager who are duty-bound to find their parents lame.