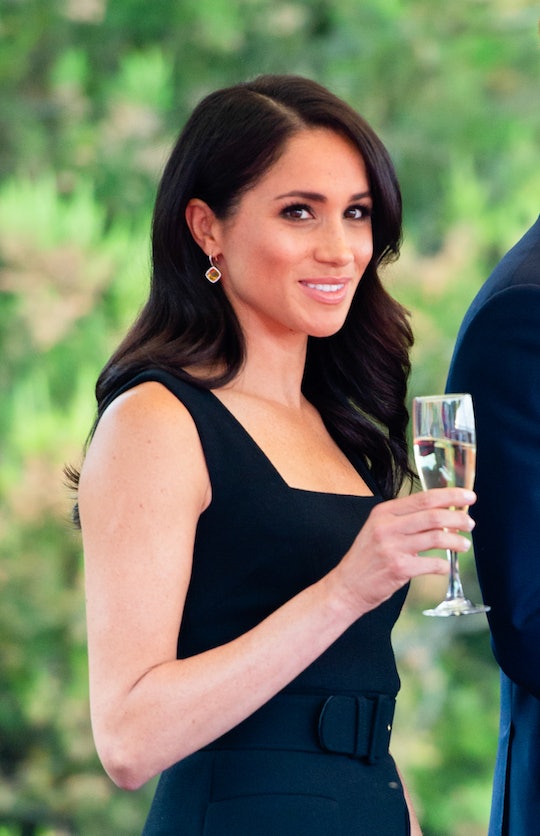 Oprah Winfrey’s party planner is apparently on the case!

Meghan Markle has had one heck of a year. The Duchess of Sussex welcomed her second child with Prince Harry, gave a bombshell interview about her time as a senior member of the royal family, wrote a bestselling children’s book, created a Netflix children’s series... the list goes on. So it would seem only fitting that she’d celebrate her 40th birthday on Aug. 4 in style. And, from what we know so far, it sounds like she’ll have a lovely day.

For some time now, Meghan and Harry haven’t been on social media after stepping back from their senior royal roles, so don’t be surprised if it seems like the duchess’ big 4-0 goes relatively unnoticed. But because turning 40 is a big one, it sounds like they have a low-key celebration in the works. After all, Meghan just gave birth to her second child, a daughter named Lilibet Diana, in June, so a quiet celebration with her husband and kids sounds quite nice.

The Daily Mail has reported that the couple hired Oprah Winfrey’s party planner to organize a “low-key” birthday celebration with a cake reportedly purchased by Prince Harry from a local bakery. “Meghan wants a small gathering,” a source reportedly told The Mirror. “About 65 people are invited, her closest friends and family.” Of course, neither Meghan nor Harry have confirmed their plans.

As for the cake, it’s possible that Harry ordered something like a “chocolate petite gâteaux,” a cake that seems to be a favorite of Meghan as she has her own recipe for it. In a 2018 post on her now-deleted blog, The Tig, the former Suits actress wrote that with its “gooey center” and “picture perfect presentation,” this chocolate cake is “is a no-brainer.”

With such a busy year behind her and presumably even more ahead, a quiet celebration in honor of her 40th birthday with Harry, their 2-year-old son, Archie, baby Lilibet, and their close friends sound like a wonderful day. And don’t be surprised if you see a few birthday messages from the royal family pop up in your news feeds, too.