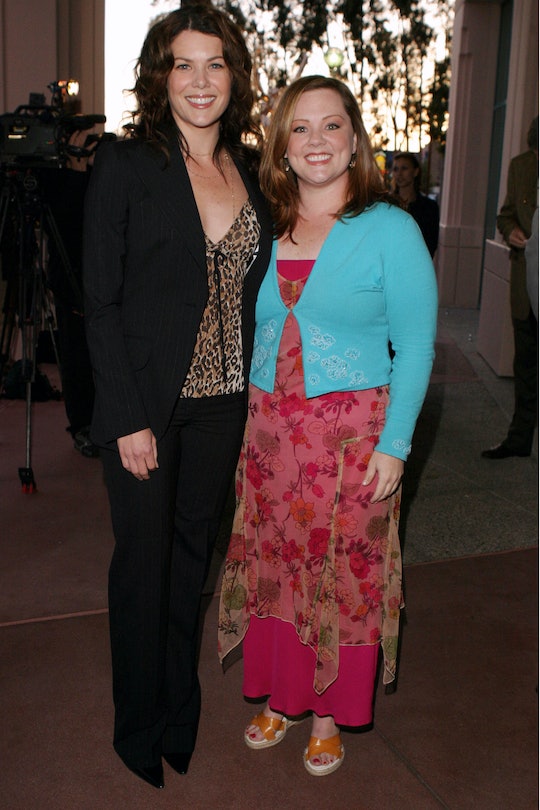 As the actress herself put it, “How was this 22 years ago?!”

It’s not really fair to expect people who play best friends on television to be actual friends in real life. We all know this is childish. And yet. When Sookie St. James (I mean Melissa McCarthy) praises Lorelai Gilmore (also known as Lauren Graham) to celebrate the 22nd anniversary of Gilmore Girls, Stars Hollow fans cannot help but breathe the tiniest sigh of relief. They’re still friends, guys. We can keep on imagining Sookie and Lorelai running the Dragonfly Inn in a parallel universe where Stars Hollow exists. What perfect news for fall, the season most beloved by Gilmore Girls fans all over the world.

McCarthy took to Instagram to share a series of throwback photos from her days of playing the talented (if accident-prone) chef Sookie St. James, best friend to Lorelai Gilmore herself. The first post featured a photo of her hugging Graham during the filming of Gilmore Girls, which originally ran for seven seasons from 2000 to 2007. “Happy Stars Hollow season to all those who celebrate!! How was this 22 years ago?!” she captioned the post.

Naturally fans were excited for McCarthy, who doesn’t often enter into the whole Gilmore Girls discord, to say she was celebrating “Stars Hollow season” with the rest of us. “When Melissa talks about gilmore,” wrote one follower, while another noted that McCarthy’s character was their reason for watching. “After many, MANY, MAANNNYYY rewatches... I've come to the conclusion that Sookie is the only decent human being in all of Stars Hollow. I only watch for Sookie now.”

McCarthy went on to share a photo with herself, Graham, and Yanic Truesdale, who played Dragonfly Inn manager Michel Gerard, with a note defending him from someone who criticized his French accent. “I remember someone (randomly) saying Yanic’s French accent was terrible- we laughed so hard- he had only spoken English for like 10 months. He had ONLY spoken french his entire life. Oh, people. Also I had no idea I was this short?!”

The mom of two had a fantastic little cameo in the 2017 reboot Gilmore Girls: A Year In The Life, and told People at the time that it was very emotional for her. “For the longest time it was just not going to work out schedule-wise. And once we decided is there any possible way, something fell out for me, something changed for them, and then we immediately nabbed it. I went back and visited about two weeks ago and saw the sets again and everybody on them. Oh my God, it was so sad. I got so sentimental.”

All these years later, McCarthy is getting us sentimental for her days in Stars Hollow. Especially when she gave Graham a shout-out for being able to pull off all that fast talking as Lorelai Gilmore, writing alongside a photo of the two of them at Luke’s Diner, “I have no idea how LG did all that dialog- she was amazing!!”

They were all amazing. And where they lead, we all still follow.