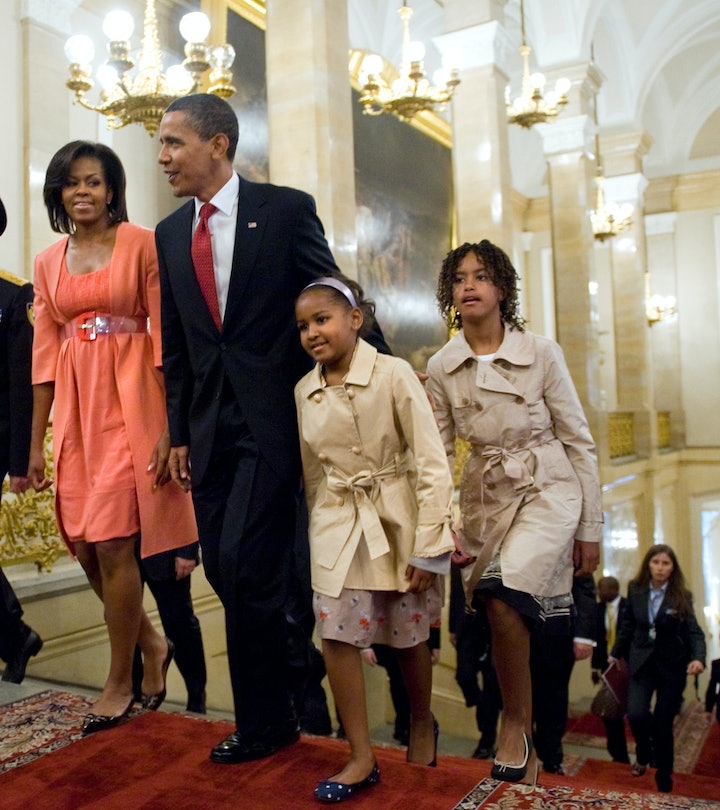 For Father’s Day, former First Lady Michelle Obama showed some love to the number one in her life — aside from her actual dad, of course! The former first lady penned a sweet message to her beau, President Barack Obama, on her Instagram and Twitter page along with a candid throwback photo taken in the Oval Office.

“Happy #FathersDay to all the dads out there — especially the one and only @BarackObama,” she tweeted. “Our daughters couldn’t have asked for a better role model. We’re so lucky to have you in our lives.”

The post included a throwback photo of the former president with their daughters, Malia and Sasha, inside the Oval Office at the White House. Obama has often been described as an embarrassing, goofy dad, whose daughters give him a hard time about his jokes. Hence, the iconic Thanksgiving turkey joke back in 2016 during his time in the White House.

Back in 2019, Mrs. Obama also honored her husband with a sweet throwback of him and his daughters and captioned it that she was “pretty grateful for this guy.”

The Becoming author and producer also honored the other special man in her life, her late father, Fraser Robinson III, who passed away in 1991 of complications from MS.

“My father gave great advice, taught me the value of hard work, encouraged me to ask questions, and always gave me the space to do so,” she captioned her Instagram post on Saturday and included a picture of her dad, mother, and herself as a child. “I always thought he was so cool.”