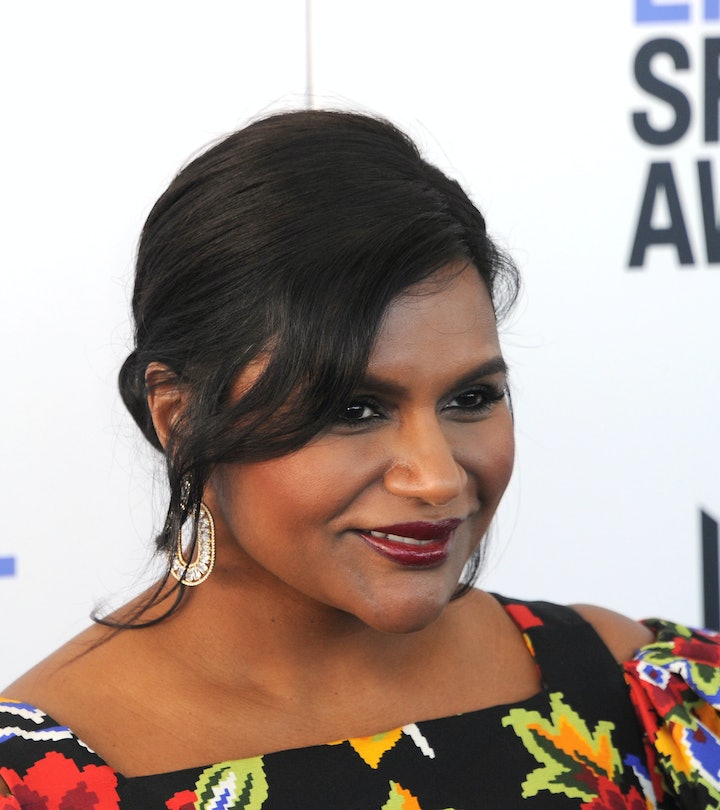 Both of her children have Indian middle names.

In a recent conversation on social media with her fans, Mindy Kaling shared son Spencer's middle name and it's a beautiful way to honor her own Indian heritage.

Kaling secretly gave birth to a second child, baby boy Spencer, during the pandemic back in September. Spencer joins 3-year-old sister Katherine "Kit" Kaling, who Kaling admitted to Stephen Colbert during an interview in October was not super excited about her baby brother right away. "She was very ambivalent at first, I would say to be generous," Kaling said. "She was really worried about her toys getting taken."

Now, the family seems to have adapted pretty well, so much so that the Late Night star managed to do a photo shoot for the cover of Vogue India when Spencer was just six weeks old, as she shared on Instagram. Kaling posted the gorgeous photo with a note reading in part: "I’m thrilled I have these photos as a memento of this very specific time in my life. 'Post partum pandemic fabulous' is what I like to call it."

While most followers took to the comment section to praise Kaling's cover photo, one asked "Not my business but do your children have Indian middle names? You are proud of your culture and I was wondering why the kids have very Caucasian names," presumably referring to Katherine and Spencer. Kaling responded, "they do! Swati and Avu!"

Katherine's middle name is Swati after Kaling's mom, who died of pancreatic cancer in 2012, while Spencer's is Avu.

Kaling recently wrote about her decision to include her Hindu faith while raising her daughter in her Amazon essay collection, Nothing Like I Imagined (Except for Sometimes). In the essay "Kind Of Hindu," Kaling wrote about her decision to have a Mundan for Kit (a Hindu ceremony where a baby's first hair is shaved off "to rid you of the negativity from your past life”). She found it was less about the ceremony and more about honoring her own past, as per The New York Times, her mom in particular. In her book she wrote that she put Kit's hair in a bag next to a photo of her mom, and broke down in tears. “It finally dawned on me. I have a child who will never know her grandmother, the person who was the closest to me in the world. And I was about to start this journey with my daughter by myself.”

As a single mom of two kids, Kaling is finding ways to honor their shared heritage. With a Mundan, with remembering her mom, and with their middle names.