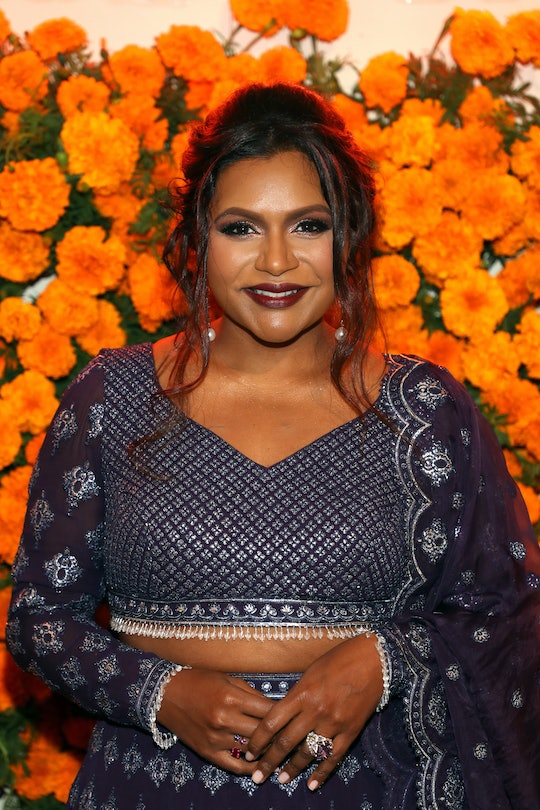 “It's hard because they're such a huge part of my life.”

Mindy Kaling wants to share photos of her two kids with the world, just like every other proud mom. But she’s not going to be doing it any time soon because, as Kaling shared in a recent interview, she wants her kids’ “consent” before posting photos of 3-year-old Katherine and 1-year-old Spencer on social media.

“I have no judgment for people in the public eye who share photos and videos of their children,” The Mindy Project star told People in an interview explaining why she doesn’t share photos of her kids on Instagram. “My sense is that [my kids] have no real consent right now to do that. ... I feel like I might as well wait until they get old enough so they can tell me if they want to be part of my social media or not.”

While the proud mom keeps her kids’ faces off social media, every once in awhile she’ll give fans a glimpse of her family life. Especially when it’s a special occasion like a birthday... just from behind, usually.

The issue of consent isn’t the only reason Kaling is particular about keeping her kids’ faces off social media. “Sometimes it's just a safety thing. I don't want to be at the airport and have someone be like, 'Spencer, Katherine,' and have them look to the people as though they know them or they're friends,” Kaling explained to People. “I think that could be really confusing as a kid. So that's the reason I'm doing it, but it's hard because they're such a huge part of my life. And I'm like any parent where I'm proud of the things they do. I think they're so cute, and of course, I want other people to see it!”

Kaling admitted back in 2019 that she already had a policy of keeping her daughter’s face off social media, and that has not changed with son Spencer. Protecting her kids’ privacy doesn’t end with their little faces either; the single mom of two has also made a conscious decision to keep the identity of Katherine and Spencer’s father private. “My feeling is, that until I speak to my daughter about that, I’m not going to talk to anyone else about it,” she said in 2019.

Boundaries are obviously very important to Mindy Kaling. And the fact that she protects her kids’ boundaries before they are old enough to protect them for themselves speaks volumes.

More Like This
Mindy Kaling & B.J. Novak Joke About "Complicated Relationships" At The Emmys
Gabrielle Union Admits She May Be Becoming A Bit Of A Dance Mom With 3-Year-Old Kaavia
10 Parenting Lessons From Abbott Elementary That You'll Want To Write Down
Kylie Jenner Is Unbothered By A Little Breast Milk Leaking On Her T-Shirt