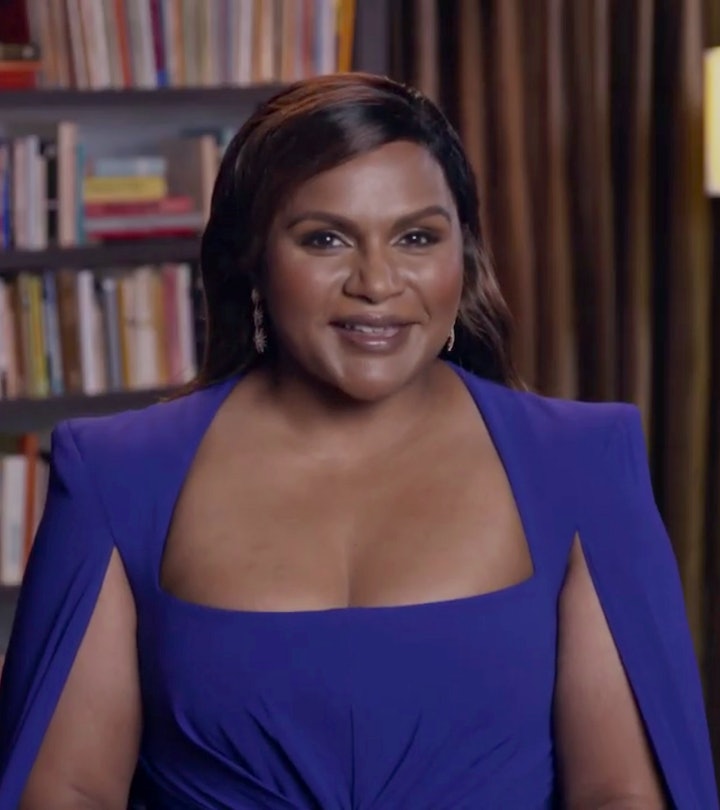 Raising two young kids and juggling an extensive acting, writing, and producing career like Mindy Kaling does not seem easy whatsoever. “It takes a village” is such a common saying when it comes to raising kids, but sometimes it takes a city, or at least, a small township, to raise a child. So, it makes so much sense to hear that Kaling wishes her “village” was bigger. Let’s be real, who doesn’t?

When it comes to raising her two kids — 3-year-old daughter, Katherine “Kit” Swati and 10-month-old son, Spencer Avu — Kaling admitted to People that it does, indeed, take a village. Especially since she has her hands full between being a mom, executive producing on her own Netflix show, and writing the script for Legally Blonde 3. No big deal or anything.

“I wouldn’t be able to keep my full-time professional career and have two children under the age of 3 without the incredibly strong relationship I have with my nanny,” Kaling told People on Thursday. “Also with my dad, who comes over to the house at least twice a day to take my son out for walks and to pick up my daughter and bring her home. My village is small and I wish it was bigger.”

Kaling has been more than open about having a nanny and how she can use all of the help that she can get. But just because she’s vocal about it doesn’t mean she will be showing her village anytime soon. “I don’t show my child’s face on Instagram, so I wont show the help that I have,” Kaling explained to HuffPost in 2019. “But I do think that is something that I wish would go away as a stigma — the fact that women feel embarrassed admitting a. that they have the means and b. that they have the need for hiring help to take care of their kids.”

You can’t blame Kaling for being honest about this, especially since she has admitted that she treasures her alone time, just as much as she loves being with her “bubbly” son and independent daughter. But it seems as if Kit would love to have her mom alone, too, Kaling told Stephen Colbert during an appearance on The Late Show with Stephen Colbert in July. “There are moments when it feels like she will sort of tolerate him, but she’s not the biggest fan of him right now,” she admitted.

This vein of honesty is what makes Kaling so relatable as a mom. She’s not going to admit that everything is perfect when it isn’t. “Particularly as a single mom, I think on social media, we’re supposed to always present as the perfect mom, the perfect wife, the perfect entertainer, all these things,” she admitted to People, noting that she falls victim to this.

But sometimes you need the help, and that’s OK, too.