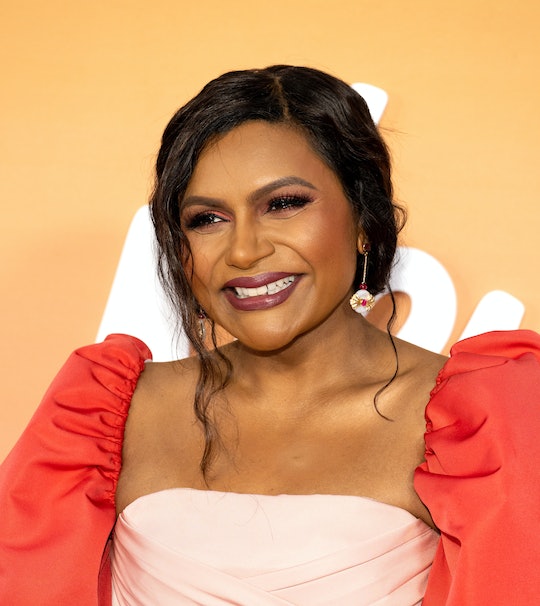 The 2-year-old is “the human personification of a hug.”

Wake up, stretch, greet your shadow — it’s all part of a regular morning routine! At least, it is for Mindy Kaling’s son Spencer, who recently turned 2. The Never Have I Ever creator recently shared a video of her toddler talking to his shadow, à la Peter Pan style, and it is the most adorable thing, ever.

“Here Spencer is greeting his friend, the morning shadow in his crib,” Kaling wrote on Instagram Sunday, alongside a video of Spencer in his crib. He’s standing up at the edge of the bed, dressed in jammies and a sleep sack. His window is making a box of light on the wall next to his bed, and when he stands, he can see his shadow. “Hi!” he says, over and over again, while waving at his shadow on the wall. The way he wiggles his fingers and watches the shadow toddler do the same — it’s amazing!

“Happy 2nd birthday to my son Spencer, who is the human personification of a hug,” The Office star said. “I can’t describe the intense joy it is to be your mom. You remind this old cynical lady that the world is full of wonder, and fun can be found in the most mundane places.”

You can even hear Kaling laughing softly while recording the special moment because how could you not? It’s such a precious moment.

One fan commented, “He has the spirit, temperament and mood of a golden retriever which is maybe the highest compliment I can give …”

Kaling, who is also mom to Katherine, 4, recently went on an outing to the planetarium with her former Office co-star B.J. Novak. “My four year old had the best night of her life at our star party + Saturn spotting at @griffithobservatory!” she captioned a series of photos on Aug. 28. “We kept her up way past her bedtime and it was worth it, even though it was cloudy last night.”

The little girl, whom Kaling calls “Kit,” loves protecting her little brother. In a May 2022 interview with Romper, Kaling said about her daughter, “I think she's getting a kick out of being the protector. Like when my son is doing something she's like, ‘Mom ... Spencer's near a bunch of chokies!’” She added, “She's like a little bodyguard who tells me anything he's doing that's wrong.”

Her kids keep Kaling on her toes, but also give her “intense joy,” and that basically sums up motherhood. Catching a sweet moment like Spencer greeting his shadow, though? That’s a huge win!