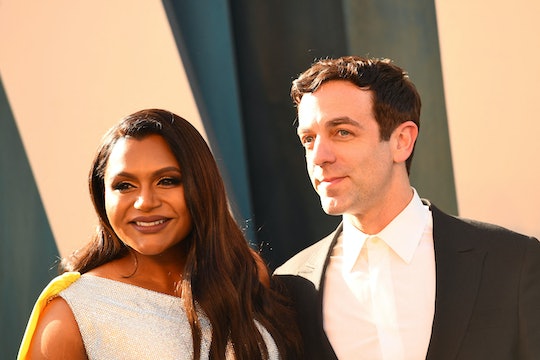 Did someone say: star party?!

Mindy Kaling and her daughter, Katherine, headed out for a super fun trip to the planetarium, and they brought along a very smart amateur astronomer — B.J. Novak! The actor and comedian is not only Kaling’s former co-star on The Office and ex-boyfriend, he also happens to be her daughter’s godfather, too. The adorable trio seemed to have a blast, and Katherine even got to stay up past her bedtime. Hey, it was for educational purposes!

In a recent Instagram post, The Office alum shared a carousel of photos from the knowledge-filled outing to the Griffith Observatory in Los Angeles, California. Kaling posed in front of incredible scenery overlooking Mount Hollywood, and got up close and personal with a huge telescope. Her daughter, Katherine, also peeked into the ginormous star-watching machinery. But the cutest picture had to be the one of little Katherine in Novak’s arms, as she pointed to the glittery sky.

“My four year old had the best night of her life at our star party + Saturn spotting at @griffithobservatory! We kept her up way past her bedtime and it was worth it, even though it was cloudy last night. Thank you @bjnovak for sharing your passion for astronomy and for @orionbearastronomy and @griffithobservatory for a spectacular night!” Kaling captioned the post.

The Never Have I Ever creator has been clear that she values her kids’ privacy and won’t show their faces on social media, so it’s no shocker that all the pictures of Katherine were partially hidden. But Kaling was still able to capture the energy and excitement of their starry nighttime outing.

For those who are too distracted by Novak’s presence to, yet again, speculate if he might be the father of Kaling’s kids — it’s time to get over it. Kaling already has, and she’s pretty unbothered by what anyone thinks. “If that’s what is going to be titillating to people, I’ll take it,” Kaling told Marie Claire in an new interview. In addition to Katherine, Kaling also has a 1-year-old son named Spencer, whose birth was quite the surprise.

Paternity snoops aside, it’s awesome that Katherine has so many people who love her and want to to make lasting memories. Especially Katherine’s stylist, aka Kaling, who dressed her daughter in those adorable moon and star leggings to match her big debut at the planetarium.

More Like This
Mindy Kaling & B.J. Novak Joke About "Complicated Relationships" At The Emmys
Exclusive: Watch Hayden Panettiere Talk About Addiction Treatment 4 Months Postpartum
Gabrielle Union Admits She May Be Becoming A Bit Of A Dance Mom With 3-Year-Old Kaavia
10 Parenting Lessons From Abbott Elementary That You'll Want To Write Down