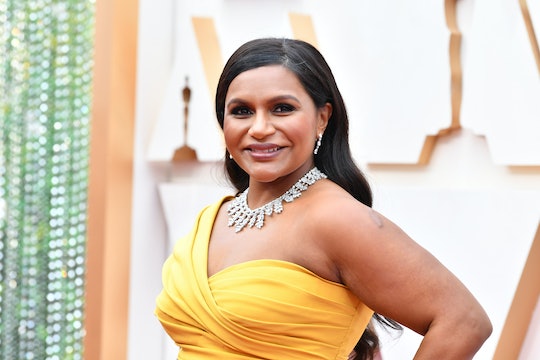 It’s advice we could all use, TBH.

One of the great joys of parenting is watching animated movies with your toddler. It’s not just the fact that they are sitting still, although this is obviously a serious bonus, but also seeing them connect with characters on screen is like a little glimpse into the way they see the world. And what a world it would be if we all looked at life like Mindy Kaling’s daughter, whose reaction to Toy Story 3 was one of the purest moments on the internet recently.

Kaling’s 3-year-old daughter Katherine, who she calls “Kit,” is a toddler who already appears to understand what is truly important in life. How do I know this, you ask? Well, she watched Disney and Pixar’s 2010 animated classic Toy Story 3 and understood what Woody, Buzz Lightyear, and the rest of the talking toys needed to do once they all were donated to a day care center when Andy was going off to college.

Kit Kaling’s assessment of their predicament? “Stick together.”

“Just watched Toy Story 3 with my toddler,” The Mindy Project star tweeted on Sunday, “we both loved it (I had seen it before of course). She kept screaming at the screen ‘GUYS GUYS you have to stick together!’”

“Question: what does the note say that Woody writes and leaves on the box for Andy?” Kaling added.

Mystery note from Woody to Andy aside, although it turns out the note was simply the address to Bonnie’s house, the young girl who would end up giving all the toys a home, Kit’s pure advice got a positive reaction on Twitter. One parent noted on Twitter that their own 3-year-old was also stepping up to offer the Toy Story gang some helpful tips. “Watching these movies with my 3 year old have been SOOO much fun,” they tweeted. ‘‘They need to hold hands!’” Another agreed with Kit’s assessment. “But if you look at most of the toy’s decisions, them not banding together and the group dynamic splintering is what causes trouble. Like in the first one when after Buzz is knocked out the window, the others assume Woody has gone power-mad.”

The fact that Kit is already embracing the concept of team work bodes well for her role as big sister to baby brother Spencer, who Kaling welcomed in September 2020. At the time, the mom of two told Stephen Colbert during an interview on Late Night her daughter “was very ambivalent at first.” Kaling added that Kit was “really worried about her toys getting taken."

Now that she has seen Toy Story 3, maybe Kit Kaling has a deeper appreciation for the importance of sharing toys. Or, at the very least, sticking together.