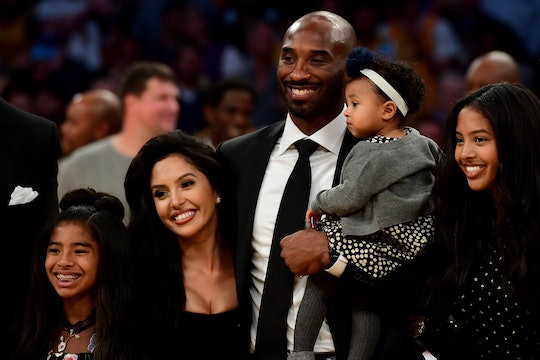 “I love talking about my dad.”

Natalia Bryant was 17 years old when she lost her 41-year-old dad Kobe Bryant in a horrible helicopter crash in January 2020. She also lost her 13-year-old sister Gianna that same day. An unthinkable tragedy for anyone to bear, let alone a teenager. And while the NBA legend’s oldest daughter with wife Vanessa admitted in an interview with Teen Vogue that it is “bittersweet” to discuss her dad, she does to keep his memory alive. For herself, and for the two little sisters who lost their father before they were old enough to really know him.

In the year and a half since her dad and sister died in a helicopter crash that claimed the lives of seven other people, life has changed considerably for Natalia Bryant. She stopped playing volleyball, a sport she loved, after she lost her dad. “I quit volleyball after the accident because I was so ... a lot was going on at that time,” she explained to Teen Vogue. “I knew I didn’t … love volleyball as much as they love basketball. I’m okay with that.”

She is a first-year student at the University of Southern California. She is now an 18-year-old professional model who has just signed with IMG Models Worldwide. And she is perhaps more concerned with the well-being of her two little sisters, 4-year-old Bianka Bella and 2-year-old Capri, than many other women her age might be.

When asked about how the Bryant family is coping in the same Teen Vogue interview, Natalia admitted, “You do the best that you can. [For] my little sisters [we’re] trying to keep that memory for them. And also just trying to remember to live out every day the way they would.”

Natalia Bryant keeps her dad’s memory alive for her sisters.

Capri and Bianka are priorities for both Natalia and her mom Vanessa Bryant, who told People in March that her daughters help her move forward despite the horrible pain. “This pain is unimaginable [but] you just have to get up and push forward,” she told the magazine. “Lying in bed crying isn't going to change the fact that my family will never be the same again. But getting out of bed and pushing forward is going to make the day better for my girls and for me. So that's what I do.”

For Natalia, talking about her dad helps. “I love talking about my dad,” she told Teen Vogue. “It's bittersweet, but I enjoy talking about him more than it's sad for me.” And it will help her little sisters understand how much they were adored by their proud “girl dad,” even though he can’t be with them.