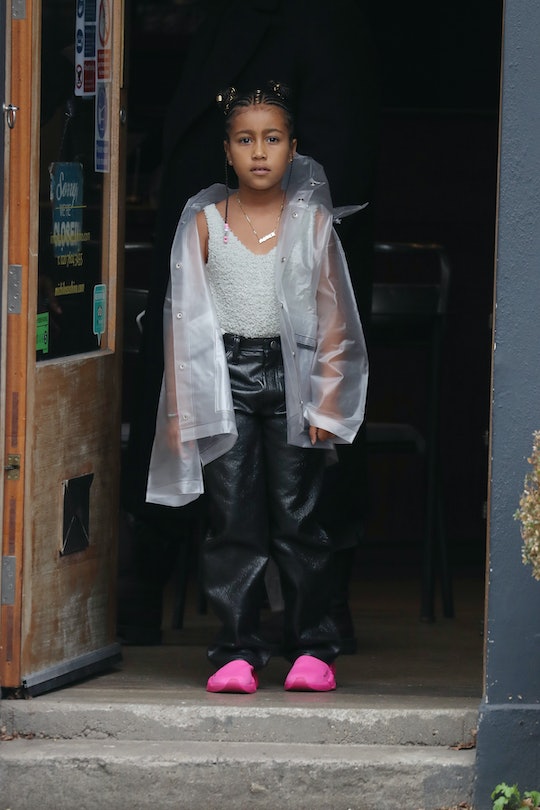 “This is so boring. I can't believe this is what we're gonna wear.”

Being the child of fashion icons like Kim Kardashian and Kanye West has really influenced their 8-year-old daughter North’s style choices. She knows what she wants and she’s not afraid to push back if someone asks her to wear clothes that don’t feel like her brand. Even when the people styling her work for a fashion magazine like Vogue. According to her mother, North would not be styled by Vogue when her family posed for a photo shoot for the March issue because apparently their choices were “boring.”

“They were all going to wear black,” Kardashian added. “She walked out and was like, 'This is so boring. I can't believe this is what we're going to wear. I'm going to dress everyone.’ She went into everyone’s close and picked it all out.”

Now try to picture the faces of the stylists being told their choices didn’t pass muster by an 8-year-old.

North is really gaining a reputation for speaking her mind. As she did at her 4-year-old cousin True Thompson’s birthday recently. True’s mom Khloé Kardashian shared a video of her outspoken niece telling True in an Instagram Story, per Page Six, “You are 4 years old today. Four sucks!” Such is life with an outspoken young Kardashian progeny. I mean, who could forget that North went on TikTok Live in December and took shocked followers on an unsanctioned tour of her home for the holidays before finally being stopped by her unsuspecting mom? Or when she mimicked her mom’s “different” voice she apparently uses for makeup tutorials with harsh accuracy?

The difference here being that North does seem to have pretty excellent taste and uses her artistic eye for the right reason this time around. The entire family is dressed in bright colors and looking happy for the photo shoot, which is apparently thanks to North. Now the real question is, what will North do with this assertive personality and discerning eye as she gets older? Is she perhaps gunning to take over Vogue itself already? Time will tell.